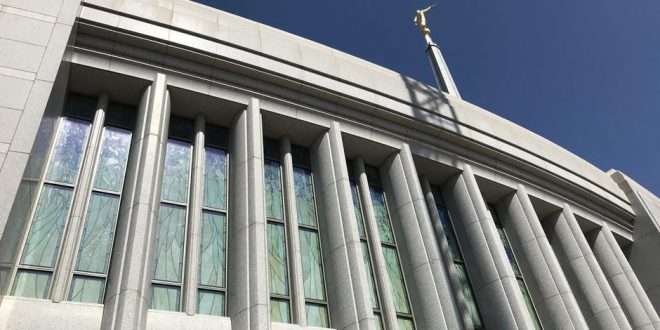 The public is invited to tour the first temple of The Church of Jesus Christ of Latter-day Saints in Italy. Church leaders announced the Rome Italy Temple will be open for a free public open house from Monday, January 28, 2019, to Saturday, February 16, 2019, excluding Sundays.

A few weeks before the open house, the public can make reservations at templeopenhouse.lds.org. The temple, located in northeast Rome near the Grande Raccordo Anulare, will be formally dedicated on Sunday, March 10, 2019, through Sunday, March 17, 2019.

President Russell M. Nelson, world leader of The Church of Jesus Christ of Latter-day Saints, said, “The sacred ordinances performed in this holy temple will unite families for eternity. God loves all His children equally and has provided a way for them to be linked in love, generation to generation. We are thrilled to be able to dedicate a temple in this city replete with historical importance throughout the ages.”

When the Rome Italy Temple was announced in October 2008, the news was met with awe and thanksgiving by members of the Church in Italy and thousands of others throughout the world. Like all Christians, Mormons revere Rome as one of the most historic locations in the world, a biblical city where the ancient apostles Peter and Paul preached the gospel of Jesus Christ.

Construction began on the three-story, 40,000-square-foot building on October 23, 2010, when Church President Thomas S. Monson, along with Church and local community leaders, participated in the traditional groundbreaking ceremony.

The Rome Italy Temple is part of a 15-acre religious and cultural center that will include a multifunctional meetinghouse, a visitors’ center, a family history center and housing for visitors. The temple exterior is constructed from granite with decorative glazing. The interior finish is of the finest material and workmanship: marble, woodwork and decorative painting.

The temple will serve over 23,000 Church members living in Italy and in neighboring countries. Currently there are 159 operating temples worldwide, including 12 in Europe.