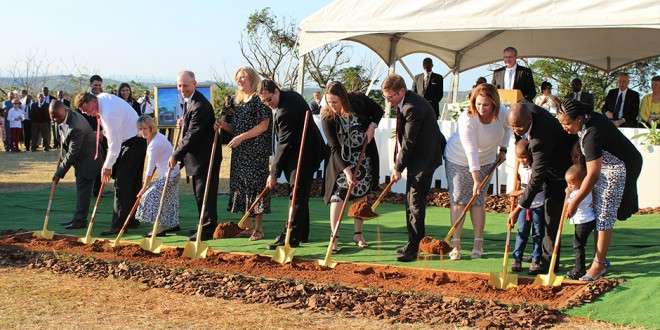 Ground was broken for the Durban South Africa Temple on Saturday, April 9, 2016, as hundreds of Mormons and other community members gathered to celebrate the event. The temple, announced by President Thomas S. Monson in 2011, will serve as South Africa’s second temple.

Elder Carl B. Cook of the Seventy, and president of the Church’s Africa Southeast Area presided at the groundbreaking. He was joined by his wife Lynette. Elder Stanley G. Ellis and Elder Kevin S. Hamilton, also of the area presidency, and their wives Kathryn and Claudia, respectively, attended along with dignitaries and community leaders.

“Today the ceremonial shovels will turn the soil, and the construction of the temple will begin,” said Elder Cook. “We can likewise begin building. We can build our personal lives in preparation for the temple. Today we can increase our faith, we can increase our obedience to God, and serve Him more fully.”

After the temple is completed, open house dates will be announced so the public can tour the temple before it is dedicated. A date for dedication will also be announced.

Today there are more than 61,000 Latter-day Saints in South Africa. The first temple in the country was completed in 1985 in Johannesburg.

The Church currently has 150 temples in operation, with another 27 announced or under construction. The Church has three operating temples in Africa (Aba, Nigeria; Accra, Ghana; and Johannesburg, South Africa), one under construction (Kinshasa, Democratic Republic of the Congo) and three more announced (Abidjan, Ivory Coast; Durban, South Africa; and Harare, Zimbabwe). 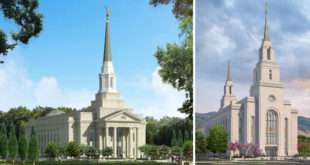 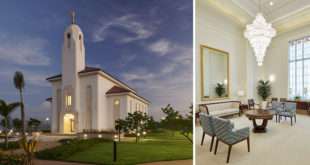 Here’s Your First Look Inside the Durban South Africa Temple