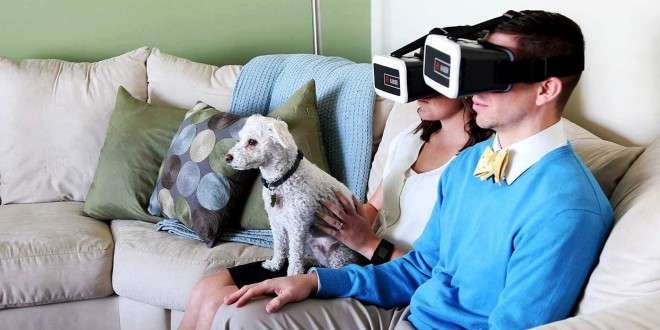 SALT LAKE CITY – A groundbreaking announcement was made from the headquarters of the Church of Jesus Christ of Latter-day Saints in Salt Lake City early Friday morning. Newly appointed Elder Yatilear Lautriv made the announcement in front of throngs of church members as well as major media outlets.

“We are thrilled to announce the next step in church meetings for our more than 15 million members – virtual reality!” Elder Lautriv proudly declared after which an audible gasp could be heard.

“We have been testing the use of a combination of virtual reality headsets, three-dimensional smartphone technology, and our currently developed broadcasting channels to make church participation easier, and more accessible for our worldwide Latter-day saint community,” Elder Lautriv continued.

Yatilear Lautriv, a former Google employee and Russian computer scientist, was heavily recruited by organizations including Facebook for their Oculus virtual reality system. “After much deliberation and prayerful thought, I decided to make a career transition to the LDS church for my family and my values. I wanted to work with an organization that understands technology and that would allow me to listen to my MoTab CDs at work.”

Elder Lautriv is head of a new committee created by the Church called the Church Transmitted Reality, or CTR. Elder Lautriv encouraged both members and media not to confuse the new committee with the other widely used acronym of the Church, Choose The Right or Current Temple Recommend, although he emphasized all three now play vital roles in the Church’s culture and member development.

In the press conference, Elder Lautriv, accompanied by six other committee members, outlined the primary uses of the new technology to assist members in these three ways:

The new virtual reality program instituted by the Church will allow members with physical limitations to continue to attend their church meetings as usual.

“We realized that not coming to church because you have a little cough is a pretty lame excuse to not make the Sabbath day a delight. NO MORE!” exclaimed Brother Dimitri Tesdaeh, a member also assigned to the CTR committee. “Gone are the days of the sniffles and church-ball-soreness keeping you from attending your gospel doctrine class and other important church meetings.”

This aspect of the program will also come as a relief to tens of thousands of elderly members unable to easily get to church. “We hope that mobility will no longer keep elderly from attending their regular relief society and high priest meetings,” said Brother Tesdaeh.

The headsets can be adapted with heart rate monitors that will detect if a High Priest begins to doze off, in which case a soft alarm will sound and the headset will vibrate.

“In our meeting participation research, we learned that keeping our High Priests from falling asleep was almost a bigger issue than church attendance. This new equipment will resolve so many of the issues we were having with the older men of the church.”

By allowing church meetings to be broadcast via satellite and internet, members in even the most remote of areas will be able to attend all three hours of Sunday meetings.

“With this new technology, even members in remote areas like the Amazon Rainforest and Paris, Idaho will be able to attend their regular meetings with no problem,” said Sister Sara Tomer, another committee member. “The tractor being out of gas will no longer keep one from attending Elders Quorum meetings on Sunday.”

Members traveling for business or vacation will be able to continue to attend their home wards as usual. Each LDS meetinghouse will be equipped with state-of-the-art 3D cameras which will be tied to a closed-circuit broadcast system, allowing traveling fathers the opportunity to see little Johnny give his first talk in primary despite a busy travel schedule. Young families away for school internships or other responsibilities will be able to keep their records in their home wards.

Individuals desiring to learn about the Church, but who may not feel comfortable letting strangers in their home can now have the experience of talking and interacting with missionaries in real-time in 3D. Calls will be begin to be extended to full-time missionaries to serve in virtual reality missions beginning April 1st.

“These missionaries will be housed in the new, unfinished addition of the missionary training center for a full two years. The will learn new languages, and even take a virtual reality flight to their “mission” so they feel like they are serving somewhere unfamiliar,” said Brother Jacob Young, another member of the CTR committee assigned to virtual reality missionary efforts.

“This new development will save millions of dollars in travel, and will allow those who already feel like their MTC experience was cut too short the opportunity to stay for a really, really long time,” said Brother Young. “We have already been running virtual reality missionary discussion tests from the Missionary Training Centers in Provo and have seen a tremendous response from both missionaries and investigators alike.”

In concluding his remarks at the press conference, Elder Lautriv boldly declared, “We anticipate that church attendance will go through the roof with the new technology that the Church is implementing. It will allow those that might be unable to attend church to continue to attend as usual. It will allow those that might think LDS missionaries look like the undercover agents for the FBI, to open their doors and hearts. We are very hopeful that this new movement will change lives for the better.”

It is expected that a worldwide rollout of the program will begin following this weekend’s General Conference. The church has partnered with LDS Bookstore to distribute Virtual Reality Headsets to members, as well as Church Transmittal Reality 3D camera devices to Bishops and Branch Presidents in the coming days. Members are encouraged to invite their Home Teachers to their homes to assist with implementing the new technology.

In Other Church News:

Brandon is the husband to an incredibly talented soccer mom, father to the cutest 3-year old twins you have ever seen, and a Goldendoodle named Jake. Brandon has served in various church capacities including full-time missionary in Madrid, Spain, youth instructor, Young Men's Presidency, Executive Secretary, temple worker, and Elders Quorum Presidency. Brandon is the owner of LDSBookstore.com which has been featured as one of the fastest-growing companies in Utah. He enjoys playing basketball, ping-pong, and throwing his twins in the air. 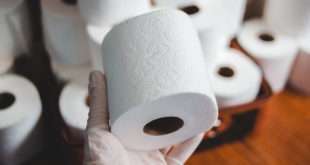 Church Asks Members to Donate One-Tenth of their Toilet Paper 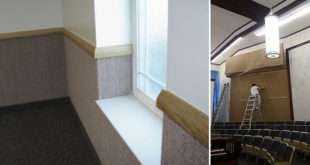 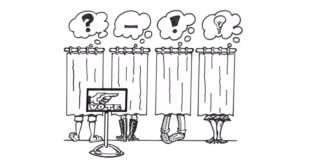