The group performed “Lullaby”, a powerful yet hopeful song promising hope and that “there’s no more fear.” In a blog post on Operation Underground Railroad’s site, the site states the song was a revelation for Ballard and spurred him on to start his new mission.

The idea of staying with the special task force weighed heavily on Ballard’s mind after that. Should he continue rescuing children from the nightmare they find themselves in? What effect would this have on his life – on his family? Or should he continue to protect America’s borders as he had planned to do?

While contemplating the fork in the road, a song came on the radio. It was a lullaby written and sung by Peter Breinholt – and it spoke to Ballard. The lyrics talk of bad dreams and how he hopes the bad people “won’t come round here no more… and maybe you will stay here to hold on to.”

It was the turning point for Ballard. He knew what he had to do and he’s been doing it ever since.

To support O.U.R., you can download the music track on iTunes for .99 here.  Breinholt is graciously donating ALL proceeds to O.U.R. to help rescue children. Learn more about O.U.R. here. You can also watch the video below, which is the documentary featuring O.U.R. 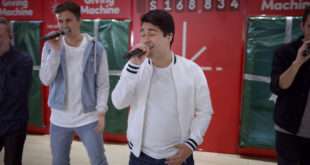 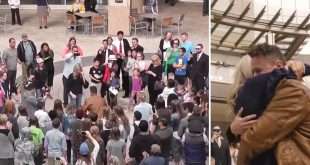 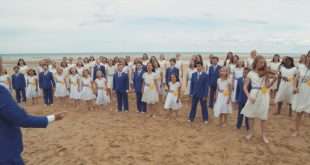 One Voice Children’s Choir Covers “When You Believe”