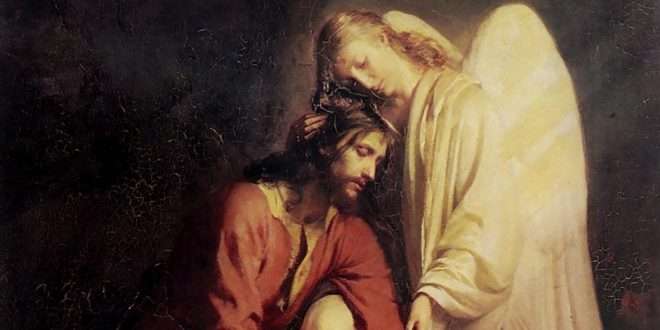 5 People in the Scriptures God Didn’t Save

Even though we know our time in mortality will require us to endure the refiner’s fire, it is in our nature to cry out for help when such times come. When the fires burn and the pain seems unbearable, we ask God to save us. There isn’t anything inherently wrong with this reaction; God commands us to cry out to him during every season of our life, wherever we may be and through whatever we may be experiencing. However, we can find our faith failing if we are not rescued.

It’s hard to accept, but sometimes God won’t save us. We have the promise of salvation in the end, which can provide us some hope, but there are times when the bitter cup won’t pass from us. We must drink it.

Members of the Church often cite the experience of Shadrach, Meshach, and Abed-nego when discussing the need to serve God whether or not we are delivered from our hardship. The three men asserted their belief that God could save them should the king throw them into “the burning fiery furnace.” However, if God didn’t save them, they would still remain true.

The three were thrown into the furnace. God saved them. It was a miracle. Yet, there are many accounts of people who exerted the same faith and were not delivered. If you are currently facing the reality of a deeply bitter cup and feel your testimony may not survive it, here are five powerful examples from the scriptures of people who God didn’t save, but remained true. All of these experiences end in physical death for the disciple; while we may or may not face such an end, we can gain strength from their fortitude and determination to serve God no matter what.

In the Pearl of Great Price, Abraham briefly mentions an oft-forgotten account of three young women refusing to break from their faith. They lived in a time of sacrifice, where men, women, and children were slaughtered to false idols. Three young virgins, “daughters of Onitah, one of the royal descent directly from the loins of Ham” were “offered up because of their virtue.” They refused to bow down to worship any idol “therefore they were killed upon this altar, and it was done after the manner of the Egyptians.”

This experience is in direct contrast to Abraham’s own; when the wicked priests were about to sacrifice him on the very same altar, an angel of the Lord came down and saved him.

Though we don’t know much about these women, we know they died because of their faith and lived virtuous lives.

John the Baptist was a powerful messenger who proclaimed the fast approach of Jesus Christ. He played an important role in sharing God’s message and baptized Jesus Christ himself. It is easy to imagine the love Christ had for John; had he lived, it is also easy to see how influential an ally and friend John would have been to Christ throughout his mortal ministry.

However, John was beheaded by Herod after he drunkenly agreed to a request from the daughter of Herodias. In the Book of Matthew, we learn that when Christ heard the news, “he departed thence by ship into a desert place apart.” He wouldn’t have a moment to grieve, though. The moment his followers found out where he’d gone, they followed him.

The death of John would be the first in a long line of martyrdoms for the early Apostles and Church leaders.

The Book of Mormon prophet Abinadai faced a corrupt regime head on. He preaches repentance to the people of Zarahemla, but is bitterly opposed. The Lord provides a way for him to escape but then instructs him to return two years later in disguise to try and warn the people. Abinadai confronts the wicked priests of Noah and eventually King Noah himself. They are enraged by his words and King Noah orders him to be put to death.

Abinadai, however, bears a powerful testimony that God will not allow him to be harmed until he has delivered his message.

“Touch me not, for God shall smite you if ye lay your hands upon me, for I have not delivered the message which the Lord sent me to deliver; neither have I told you that which ye requested that I should tell; therefore, God will not suffer that I shall be destroyed at this time.”

After he delivers his message, he offers a similar statement to the one made by Shadrach, Meshach, and Abed-nego:

“But I finish my message; and then it matters not whither I go, if it so be that I am saved.”

Abinadai wouldn’t be saved; he was bound, scourged and suffered death by fire.

Those Hewn Into the Fire

One of the most heartbreaking moments in the Book of Mormon comes when Alma and Amulek are forced to watch believers being thrown into a pit of fire. These people, mostly women and children, “believed or had been taught to believe in the word of God.” Amulek, upon seeing the pains of the women and children as they were consumed by the fire, wanted to exercise the power of God to save them.

“But Alma said unto him: The Spirit constraineth me that I must not stretch forth mine hand; for behold the Lord receiveth them up unto himself, in glory; and he doth suffer that they may do this thing, or that the people may do this thing unto them, according to the hardness of their hearts, that the judgments which he shall exercise upon them in his wrath may be just; and the blood of the innocent shall stand as a witness against them, yea, and cry mightily against them at the last day.”

Amulek wonders if they too will be burned; Alma tells him the will of the Lord will be done, but their work is not finished yet.

In a great moment of agony, Christ asked if the bitter cup could be passed from him. He humbly begged God to be released, but asserted his faith and willingness to complete his ultimate task if it was the will of the Lord.

The cup did not pass from Jesus Christ. He faced pain beyond imagination and a gruesome, horrific death. He was betrayed by friends, reviled by enemies, and ultimately left alone to take on our salvation. Our Savior is our greatest example for saying “Thy will be done.”

Though we may not understand the end from the beginning, one of the greatest acts of faith we can perform is to stand by God and remain true to our testimonies when it is not God’s will to save us from the trials and testing of this life. As Christ accepted the will of God, he received the strength and divine aide he needed to finish his task. The same will be true for us. 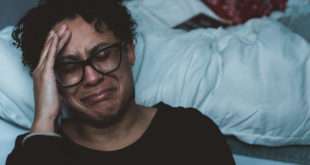 When Your Trials Don’t Refine, But Destroy You 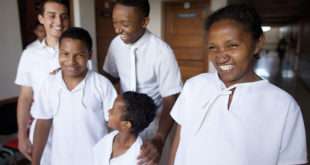 How to More Fully Participate in God’s Great & Marvelous Work 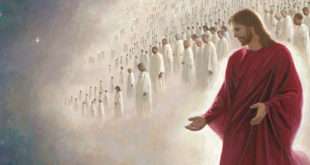