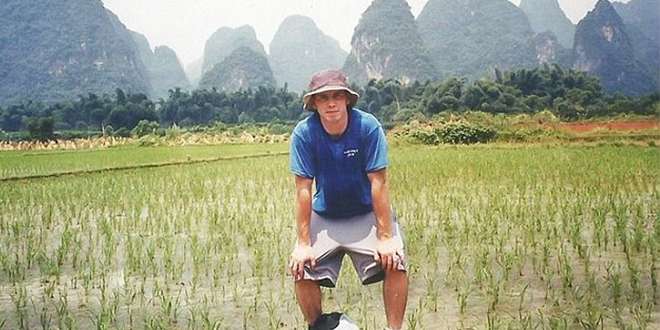 Everything You Need to Know About David Sneddon, His Disappearance, and the New Call to Find Him

David Sneddon is your typical Latter-day Saint. The youngest of eleven children, David grew up in Nebraska and enjoyed musicals, sports, and backpacking. He earned his Eagle Scout, attended Brigham Young University, and served as a full-time missionary in South Korea where he learned to speak Korean fluently.  In the summer of 2004 he studied abroad in China at Beijing’s University of International Relations to improve his Mandarin Chinese and prepare for graduation. He was 24 years old.

That’s when everything changed. In August, David went to hike through Tiger Leap Gorge, a scenic canyon bordering the Jinsha River in southwestern China and disappeared. After an investigation into the disappearance, China told the family David mostly likely fell into the river and drowned and the U.S. State Department agreed. However, the family had a hard time believing David, an avid trekker who had completed journeys much more treacherous than Tiger Leap Gorge, could have had such a fatal mishap. The fact that no evidence was ever found to support this theory, including any remains or David’s personal effects, added weight to their suspicion.

David’s father, Roy, and two of his brothers, Michael and James, traveled to Tiger Leap Gorge in September 2004 and again in 2005 to see the area for themselves and work with government officials. According to their report, “The topography of the area shows hikers cannot slip from the High Trail into the river. The river is too far away.  If a hiker did somehow manage to slip and roll downhill onto the paved road below, the danger would be from oncoming traffic, not from drowning.  David would have had to cross the road (ostensibly while wounded from falling) and go hop over the wall/railing in order to reach the river and fall into it.”

Not only did they conclude it was highly unlikely David could have drowned or fallen completely unnoticed and without leaving evidence, they found eye-witnesses stating they saw him after he completed hiking through the gorge. Even with this information, the Sneddon family has been unsuccessful in discovering what happened to their son.

This doesn’t mean they don’t have a theory.

“The Sneddon family, along with various experts in North Korean policy, believe that the North Korea government may have abducted David, using his language skills to train government officials and operatives,” a spokesman from Utah congressman Chris Stewart’s office said in a statement to Deseret News on Wednesday. In a 2013 article from the Wall Street Journal covering David’s story, it was reported that Pyongyang, the capital of North Korea, “is believed to have kidnapped nationals of at least 12 countries.” Another aspect to the theory includes David being mistaken for an agent helping North Korean defectors.

Stewart, alongside U.S. Senator Mike Lee introduced a concurrent resolution to Congress this week, urging the State Department to investigate if the abduction took place.

“The first and most important responsibility of the United States government is to ensure the safety and freedom of the American people at home and abroad,” Lee said. “This includes investigating all plausible explanations behind David’s disappearance, and leaving no stone unturned in trying to return one of our brothers to his family.”

As part of the official news release for the resolution, Stewart said, “The evidence indicates that there are still a lot of unanswered questions about David’s disappearance. David’s family deserves answers to those questions, and until we find those answers I will continue urging the State Department to pursue all possible explanations for David’s disappearance.”

HelpFindDavid.com is the official site dedicated to uncovering the truth. You can follow the latest information on David’s case and the questions that have been left unanswered. No matter the future, Davis is remembered for his kindness and work ethic.

Restore Your Faith in 2016 With These Inspiring LDS News Stories 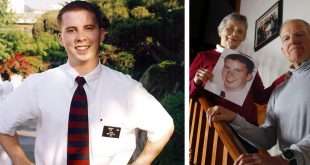