Home » World » The Truth Behind That Viral President Benson Quote 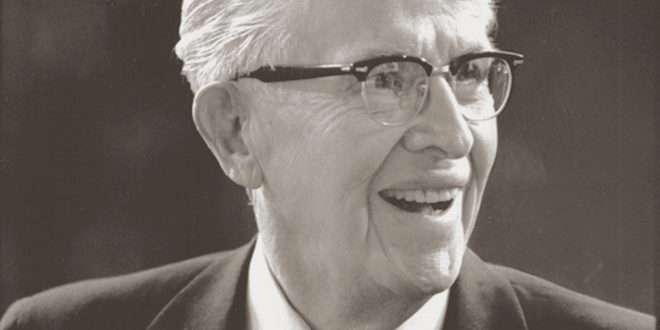 The Truth Behind That Viral President Benson Quote

Whether you are a citizen of the United States or not, you’ve likely heard about the upcoming presidential election. If you’re a Mormon, you’ve likely seen iterations of this quote from President Ezra Taft Benson. Where did this quote come from? Did President Benson really say it? If he didn’t, did he say anything about politics?

Right off the bat: There is no official evidence to support the idea that President Benson ever said this quote. It does not appear in any Church talk or manual. The farthest back the quote can be traced to is a Google Forum in 2008. A user named Mike Thompson shared a story of when he was talking to President Benson at the Church Office Building. You can see his original post here.

He wrote what he remembered President Benson telling him: “”Mike, if you vote for the lesser of two evils you are still voting for evil and you will be judged for it. You should always vote for the best possible candidate, whether they have a chance of winning or not. Then, even if the worst possible candidate wins, the Lord will bless our nation more because more people were willing to stand up for what is right.”

We only have the word of Thompson that this interaction happened and we have no reason to believe it didn’t. However, according to our knowledge, the account he gave has never been verified in a way that can guarantee this is, word for word, something President Benson said. While we at best can only loosely associate this quote with President Benson, we can still be inspired by the quote and the principles in it. We can also find inspiration in President Benson’s many other quotes about politics.

President Benson has a unique political pedigree. He simultaneously served a member of the Quorum of the Twelve Apostles and the United States Secretary of Agriculture. He discussed his political views, especially on the topics of freedom and liberty, in devotionals and conferences. It is easy to see that this is a subject President Benson cared about on a personal level.

Some Quotes from President Benson on Politics

Instead of sharing a quote we can never be assured President Benson actually said, here are some great quotes about politics with full citations. 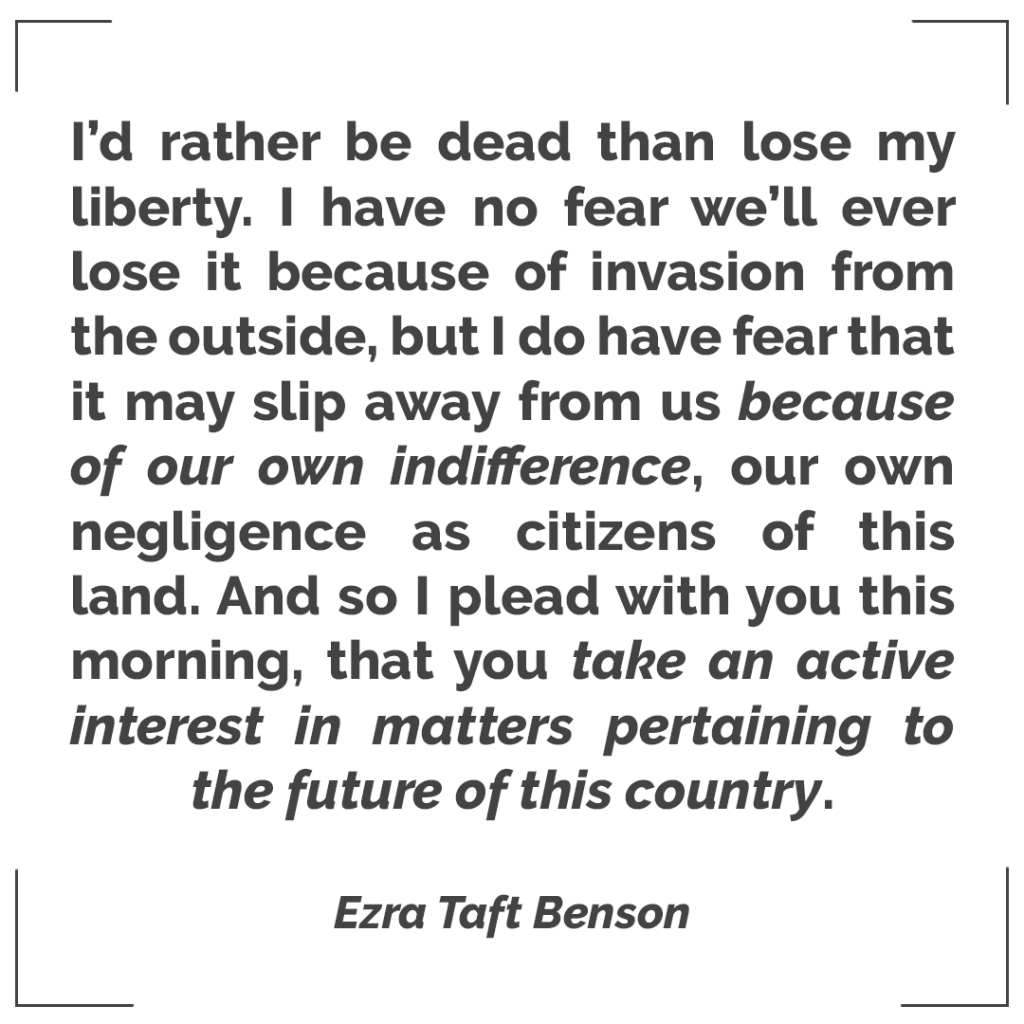 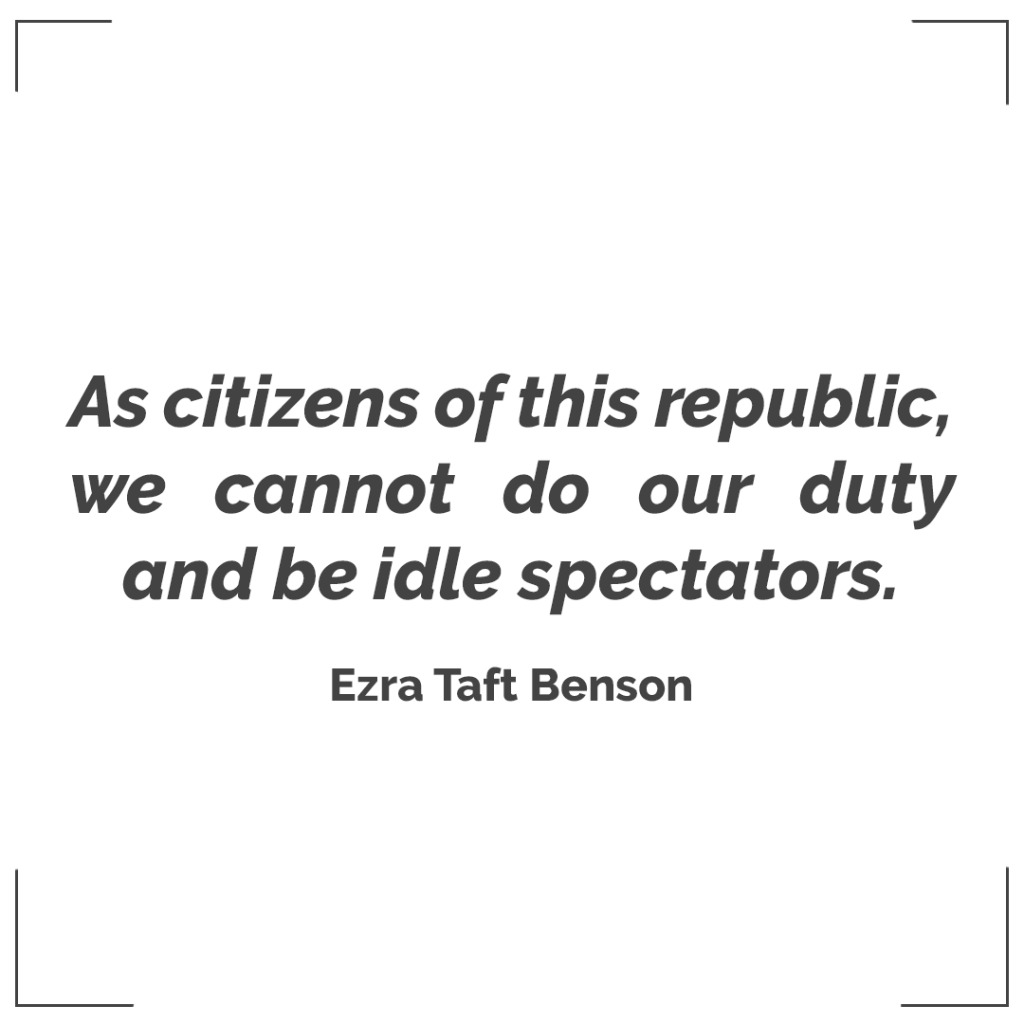 From an address delivered at a BYU devotional held Tuesday, September 16, 1986, in commemoration of the bicentennial of the Constitution of the United States. 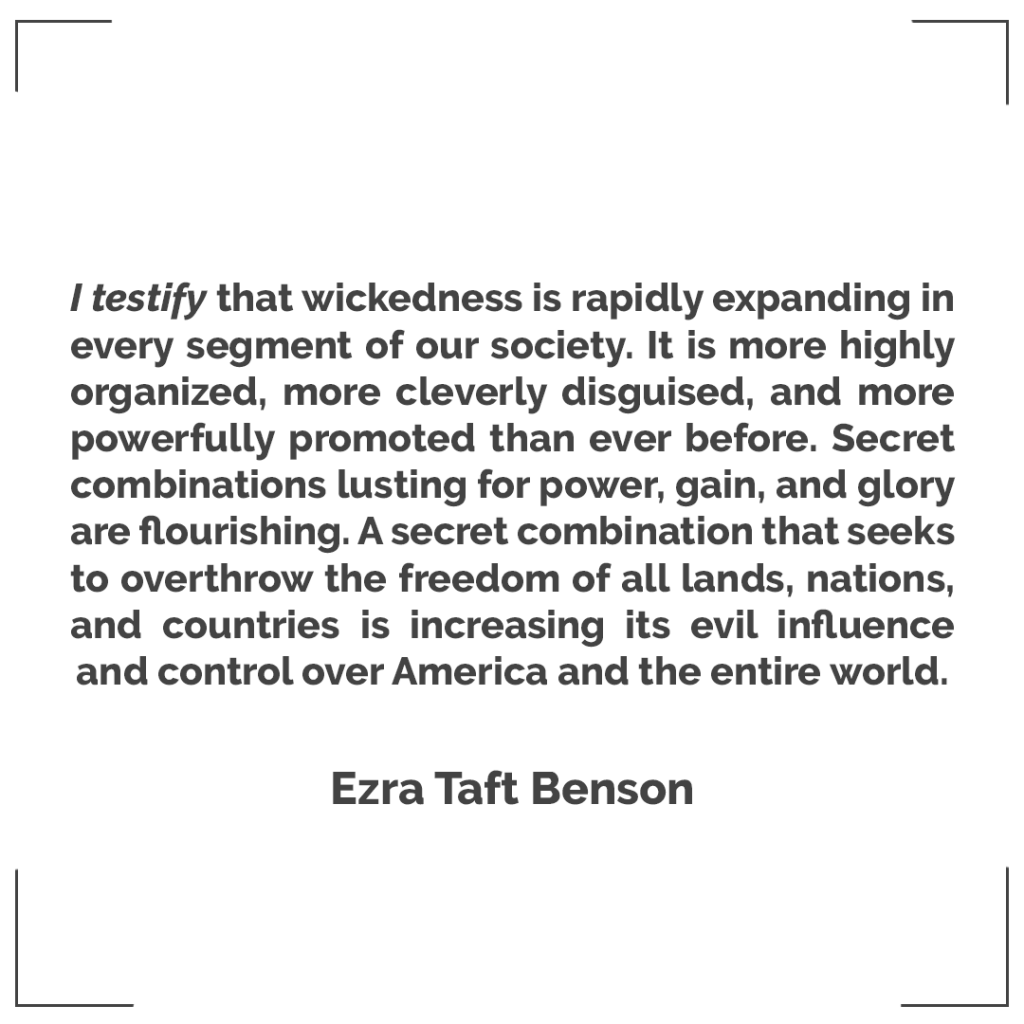 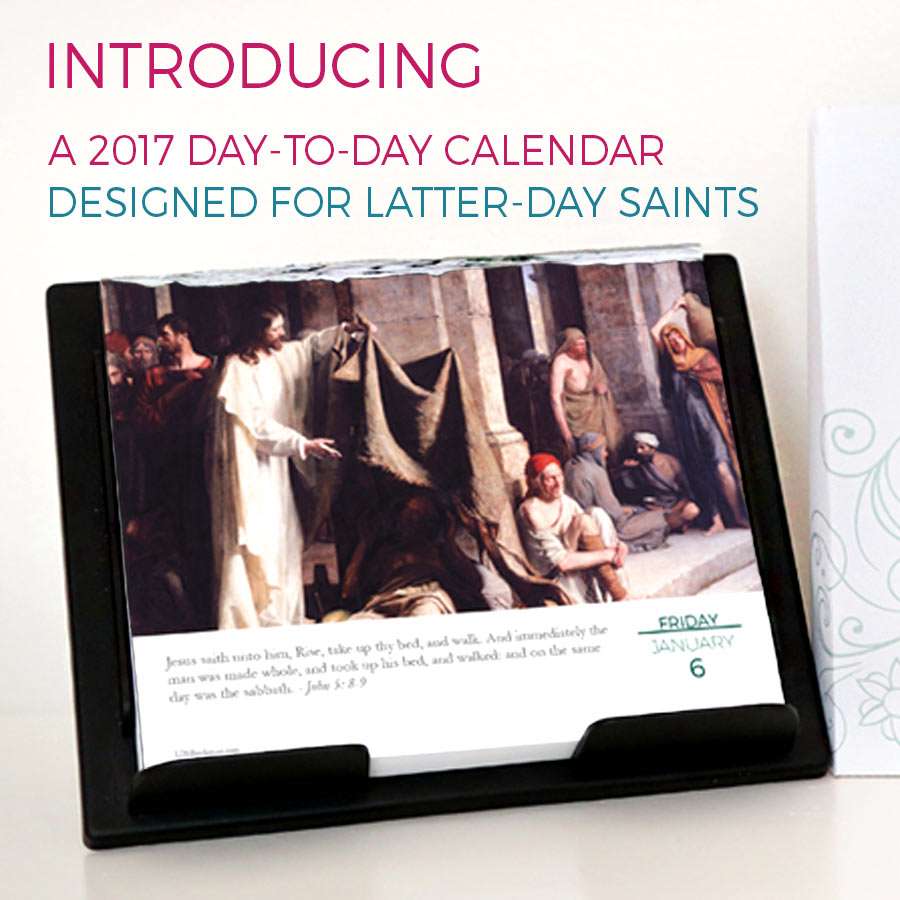 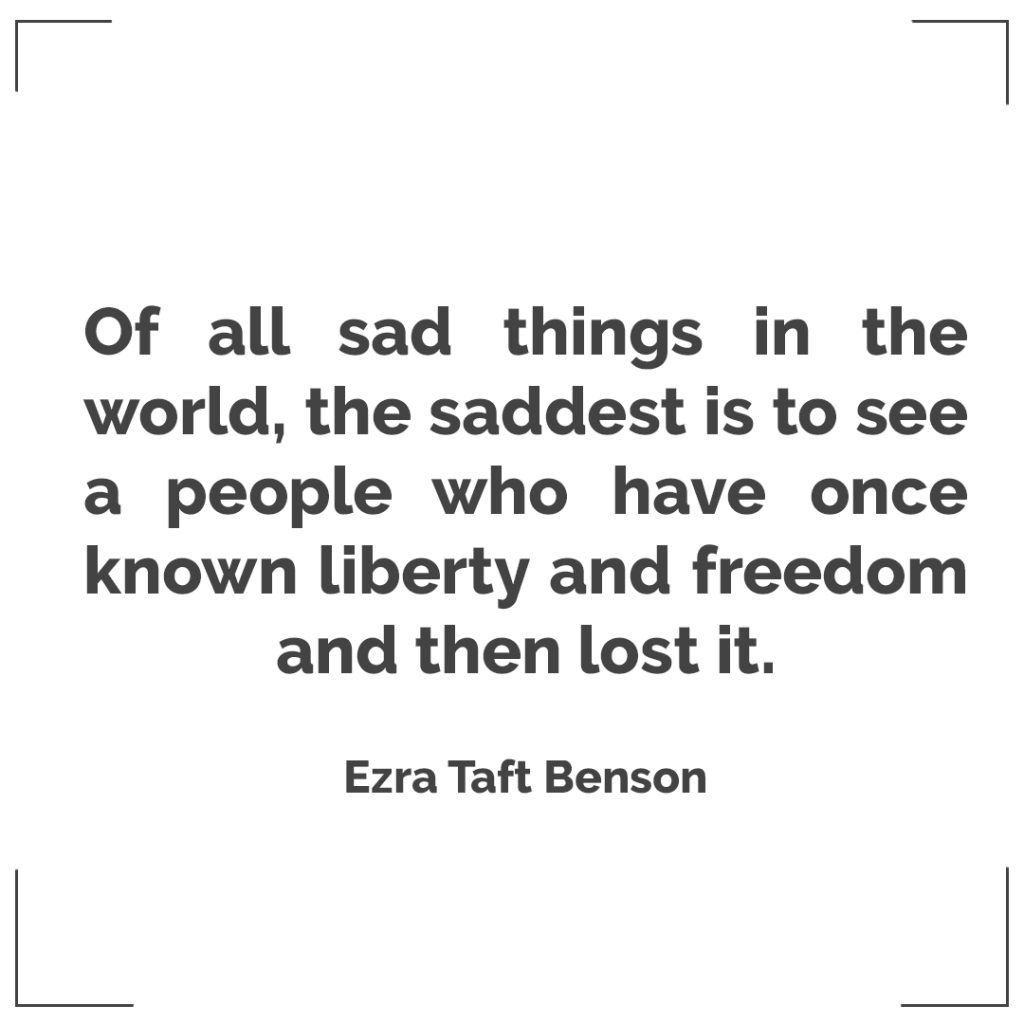 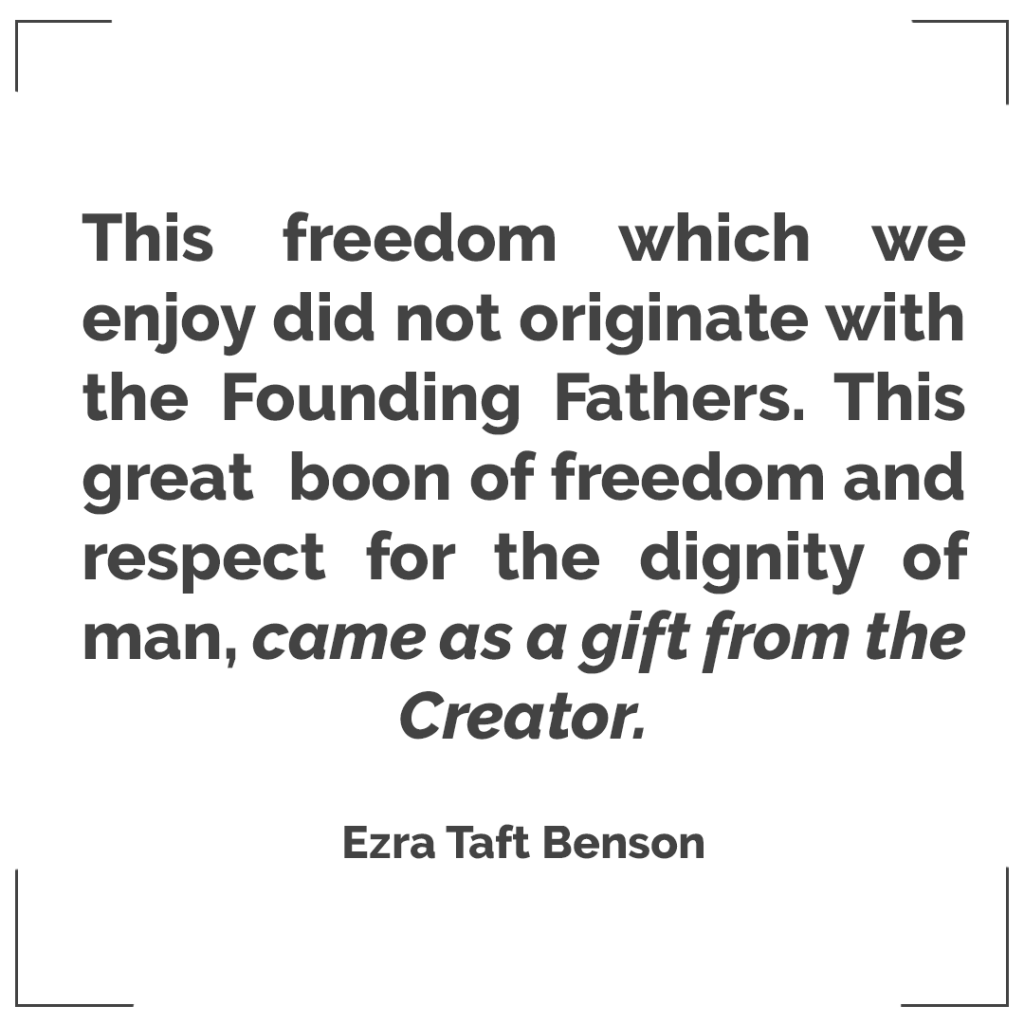 From “Our Duty as Citizens” General Conference Address, October 1954. 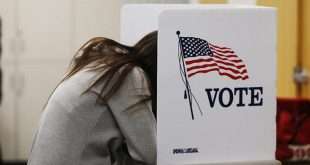