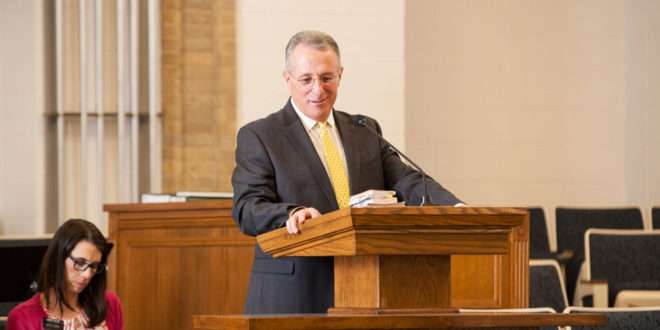 Two members of the Quorum of the Twelve Apostles of The Church of Jesus Christ of Latter-day Saints made significant ministry and outreach visits Friday in Arizona and Texas. 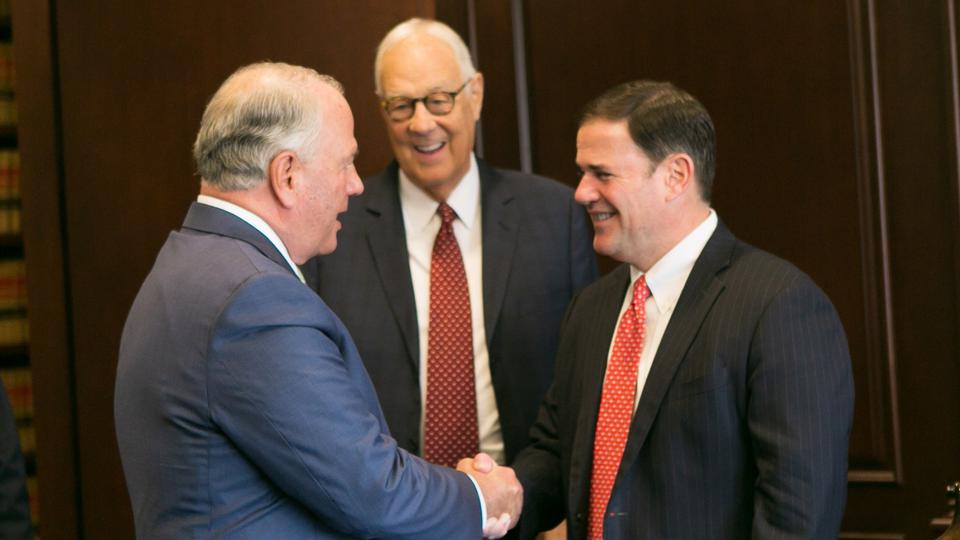 Prior to a private meeting with Senator McSally, Elder Rasband let the senator know of the strong presence of Latter-day Saints in the state. “Arizona, as you may know, is a rich part of our pioneer heritage,” he said. He described the Church membership in Arizona as one of the highest concentrations of Latter-day Saints in the world, with some 432,000 residing in the state—meaning 1 in 17 Arizonans (or 6% of the state). Senator McSally responded, “A strong part of our constituency are Latter-day Saints … both having their voices heard, but then the engagement and volunteering.”

Following the private meeting, Elder Rasband reported, “[The governor] thinks that a lot can change in local communities with families and people of faith, and so she encouraged us [Latter-day Saints] to continue to be activists … at a local level … a family level.”

Elder Rasband said they also spoke of religious liberty and the “Equality Act [and] what may be a Fairness for All Act. We explained to her where the Church is on Fairness for All. [We] talked about the Utah Compact [immigration policy] that occurred a few years ago. She was very interested in all of that. I’d say we established a nice friendship.”

Accompanied throughout the day by Elder Paul B. Pieper of the Seventy, Elder Rasband had a private lunch with Governor Ducey where they discussed several challenging political topics, including immigration, recreational marijuana, LGBT, homelessness, education, civic responsibility, service in communities and political neutrality.

In a meeting with the editorial board of the Arizona Republic newspaper, Elder Rasband answered a wide range of questions. 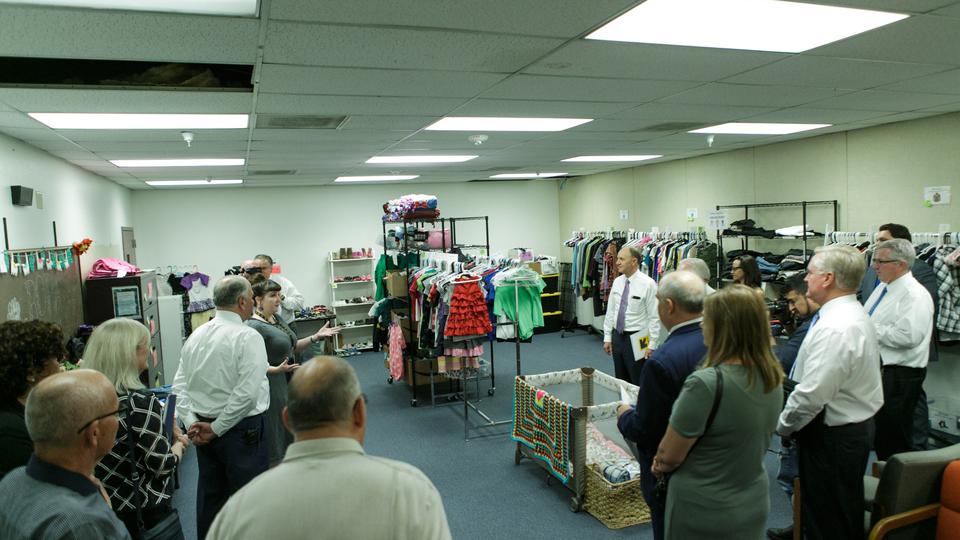 He also had the opportunity to meet with leaders representing both Church and community groups at The Welcome Center, the former Ann Ott Elementary School, which has been converted into a dedicated facility that houses migrants.

“Thou shalt love they neighbor as thyself. This is a demonstration of living and putting into action the Lord’s second great commandment,” said Elder Rasband. “It’s wonderful to see forty different faith organizations come together to take care of this and rescue people from very dire circumstances.”

Elder Rasband will be in Arizona throughout the weekend ministering to various congregations and individuals. On Sunday evening, he will speak to hundreds of college-age Latter-day Saints and friends at the Tempe Institute of Religion.

On the same day, farther southeast in Texas , Elder Ulisses Soares, joined by Elder Adrian Ochoa and other local Church leaders, visited the Central Texas Food Bank in Austin when a semi-trailer loaded with food from the Church’s Welfare Square in Salt Lake City pulled up to deliver 41,000 pounds of food. 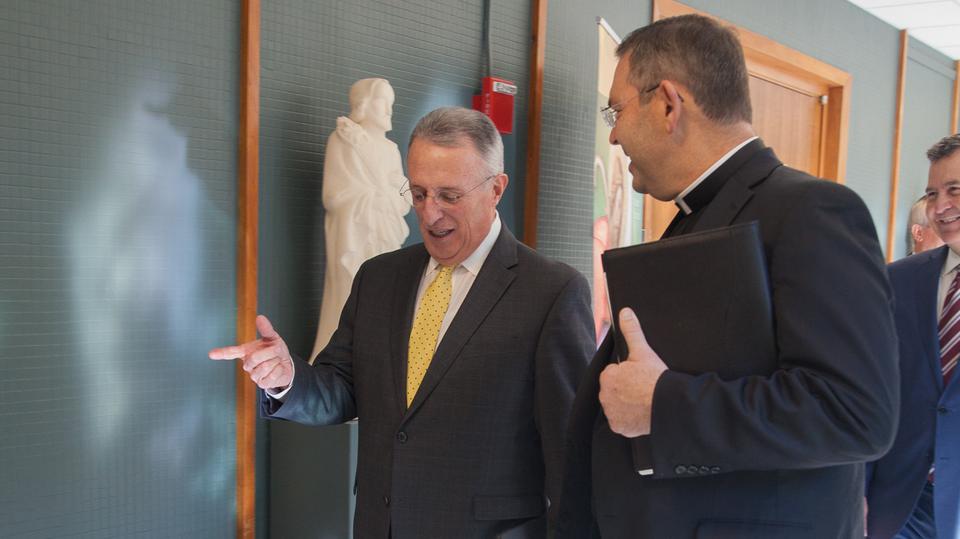 Food Bank Chief Operations Officer Denise Bloc personally thanked Elder Soares for the generous donation. “I really appreciated … the effort [Church leaders] want to put forth to have [our] partnership and to strengthen it and to collaborate more in our local community,” said Bloc.

The donation will provide the food bank with 34,000 meals to those in need. Bloc says Church members are also some of the most active volunteers at the food bank, putting in more than 650 hours last year. As if to accentuate that fact, full time missionaries for the Church worked alongside other members of the Austin community Friday to box food for those suffering from food insecurity. 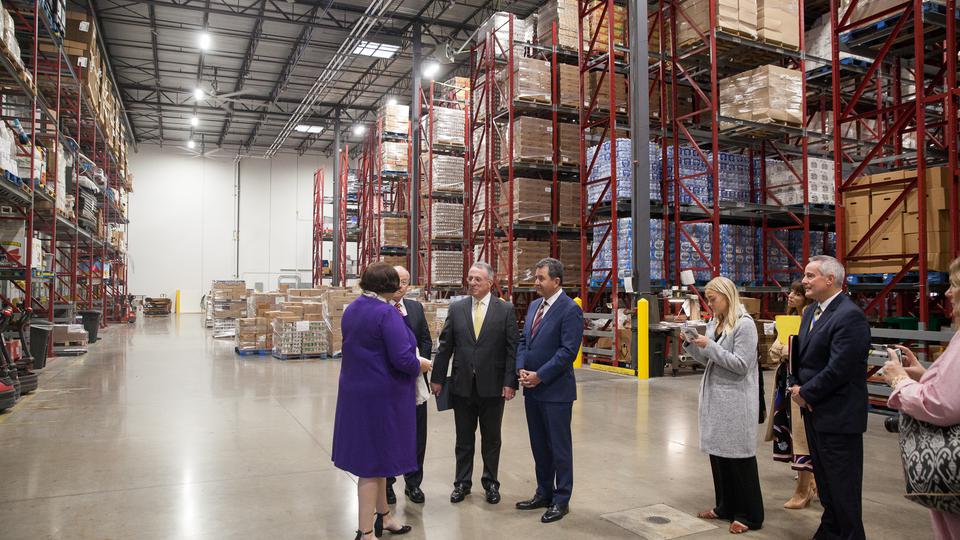 Elder Soares also met with the Vicar General of the Catholic Diocese of Austin, James Misko, to discuss a partnership between The Church of Jesus Christ and the Catholic Church to combine efforts to help those with the greatest need in the Austin area.

“We have something in common. We love God and we love people. That’s what drives us on this initiative,” said Elder Soares.

“If we work together,” added Father Misko, “then we’re able to combine services, combine our strength, and it makes it just that much easier for us to do the work of God.”

Elder Soares continued, “We have needs here that we could focus and help and support people … . We are focusing together and distributing our efforts and our strength in all the needs that we have in this area.”

The Church of Jesus Christ of Latter-day Saints works closely with Catholic Charities in most parts of the U.S. Through the announced initiative, that same partnership will step up efforts in Central Texas to open more immigrant welcome centers to serve asylum seekers, refugees and immigrants.

“We support the laws of the country, we understand the laws and we agree that we have to protect our borders,” said Elder Soares. “But, once we have somebody by us, our neighbor, who is in need, we will act in love and help and support this people.” The facilities will provide such services as pro bono legal help and classes that teach English and cultural adaptation. 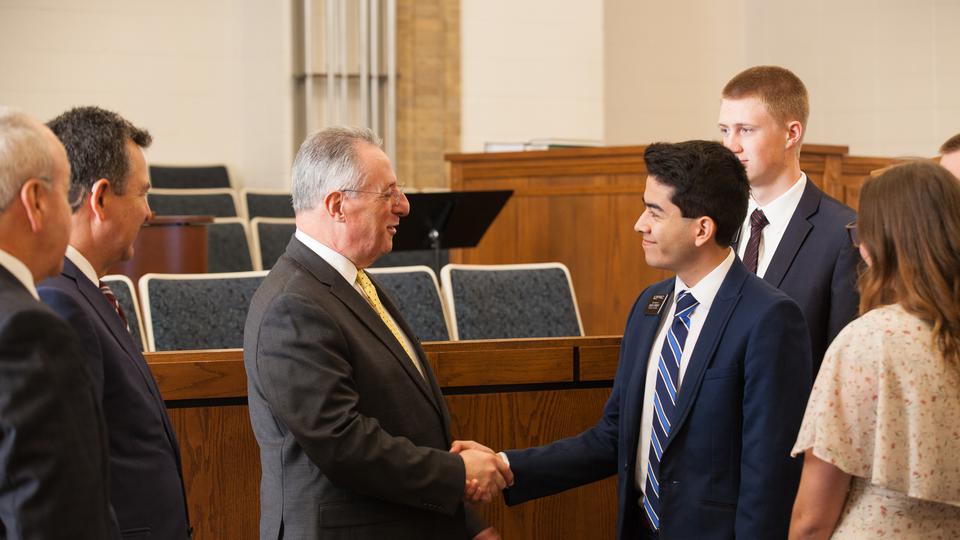 Sally Nicholls serves as an Immigrant Services missionary for the Church of Jesus Christ with her husband Richard at the Catholic Charities Immigrant Welcome Center in Austin. Sister Nicholls says those they help are eager to learn, especially English. “We offer hope because we follow president [Russell M.] Nelson’s example. We are here to love everyone. We’re here to help everyone no matter where they stand — we don’t care what their background is. If they come, we will offer help.” 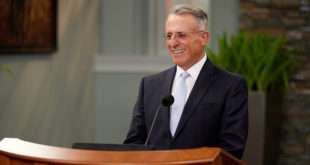 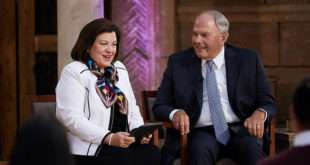 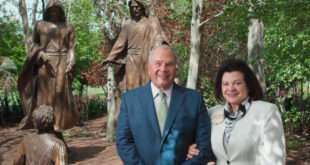