Therefore God gave unto them commandments, after having made known unto them the plan of redemption.—Alma 12:32

Those without an eternal perspective, or those who lose sight of it, make their own standards to benefit themselves and their own selfish interests. Their mortal perspective becomes their standard and for some their god.—Jay E. Jensen 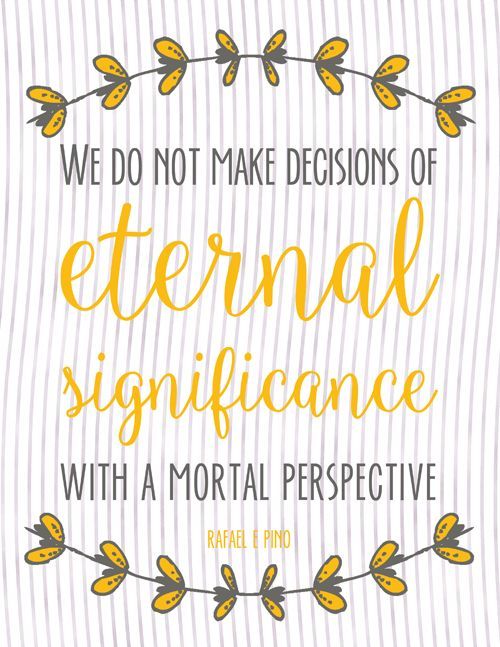 1838: Elders Heber C. Kimball and Orson Hyde arrive back in Kirtland after introducing the gospel to England.
1913: The National Council of the Boy Scouts of America invites the Church’s MIA Scout organization to formally join the BSA, thus beginning a long association between the two groups.
1945: George Albert Smith is ordained and set apart as the eighth President of the Church.
1967: The Guatemala City stake, the first stake in Guatemala, is organized. 2016: Lightning strikes the Bountiful Utah Temple, damaging the Angel Moroni Statue. The Angel Moroni statues are engineered to act as lightning rods.