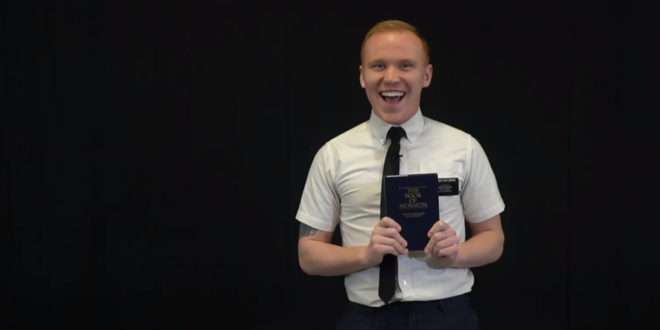 Tanner Hutchens has a story to tell. It’s a simultaneously hilarious and heartwarming story that follows his conversion to The Church of Jesus Christ of Latter-day Saints after seeing the Book of Mormon musical on Broadway. Luckily, it’s also a story you can enjoy thanks to Outcasted, a new social media show striving to “create unconventional content to show that the gospel is applicable to everyone in all walks of life.”

Hutchens is the host, “a tattooed, southern convert who tells stories, creates content and with his team delivers messages of hope and the importance of Christ.”

“I thought ‘Mormons’ were not real people,” Hutchens explains in the video. “I thought this was a made up, satirical musical and I did not know that you existed. That I existed. That everyone behind this camera right here existed.”

Stories in the video explaining his conversion include stealing library books on the Church because the librarian told him he would go to hell if he checked them out, getting kicked out of his grandparent’s house, and his grandmother wearing all black to his baptism. You can watch the entire video below. 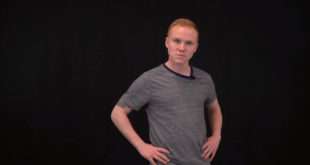