10 Things You May Not Have Known About The Manifesto

On September 25, 1890, President Wilford Woodruff publshed what is now know as “The Manifesto,” announcing the end of the practice know as plural marriage. The Manifesto would officially be accepted by the Church in a General Conference session on October 6. Here are 10 interesting facts about this turbulent and important time in Church history.

ONE. The United States government had passed laws to force Latter-day Saints to stop the practice of plural marriage more than twenty years before the Manifesto was received by revelation. From 1862 to 1889, these laws ranged from stating monogamy was the only form of marriage sanctioned by the United States, religious practice was not protected by law, and punishing offenders with jail time and fines.

TWO. The Edmunds-Tucker Act was passed by Congress and punished the Church itself; it forced the corporation of the Church to dissolve. It stated all Church property over $50,000 had to be forfeited to the government. Nearly all Apostles and stake presidents were incarcerated or forced into hiding. Federal agents began seizing Church property.

THREE. Even during the intense persecution, Latter-day Saints were determined to follow God and live the practice of plural marriage. Two prophets through the years of persecution, John Taylor and Wilford Woodruff, both felt inspired to continue the practice and try to seek a change through government avenues.

FOUR. However, in May 1890, the U.S. Supreme Court ruled that the Edmunds-Tucker Act was constitutional and the forfeit of Church property was to continue. All avenues for legal redress closed. This prompted President Woodruff to pray intensely over how to protect the temples (and the temple ordinances), as the confiscation of all temple property was likely. He would later say, “The Lord showed me by vision and revelation exactly what would take place if we did not stop this practice. All the temples [would] go out of our hands.” God “has told me exactly what to do, and what the result would be if we did not do it.” Under director from heaven, he received what is now know as “The Manifesto.”

FIVE. The Manifesto was released to the public on September 25. It was formally presented on October 6, 1890, by Elder Orson F. Whitney at general conference. President Lorenzo Snow, President of the Quorum of the Twelve moved that the document be accepted as “authoritative and binding.” The assembly was asked to vote and it was unanimous in the favor of The Manifesto. However, some objected from voting.

SIX. Many believed the Manifesto was simply a suspension of plural marriage and the practice would later be restored. It also did not make any statements about LDS communities in other countries where plural marriage was not illegal, such as Mexico and Canada. Plural marriages were still performed there, though there is no documentation if Church leaders knew of these marriages or approved them.

SEVEN. Confusion was common after the Manifesto for many existing plural families. Some continued to cohabitate with their wives, while others only provided financial support. Still, others abandoned all but one wife. Church leaders released statements that no man should shrink in his duties for caring for his family.

EIGHT. In 1899, nearly a decade after the Manifesto was ratified, an LDS man with three wives, B.H. Roberts, was elected to the U.S. Congress. However, after 7 million people signed a petition to have him removed due to his lifestyle, he was barred from office. In 1903, the Reed Smoot hearings set out to determine if Apostle and U.S. senator Reed Smooth would be able to remain loyal to the laws of the country when plural marriages still existed in the Church, of which he was a high leader. 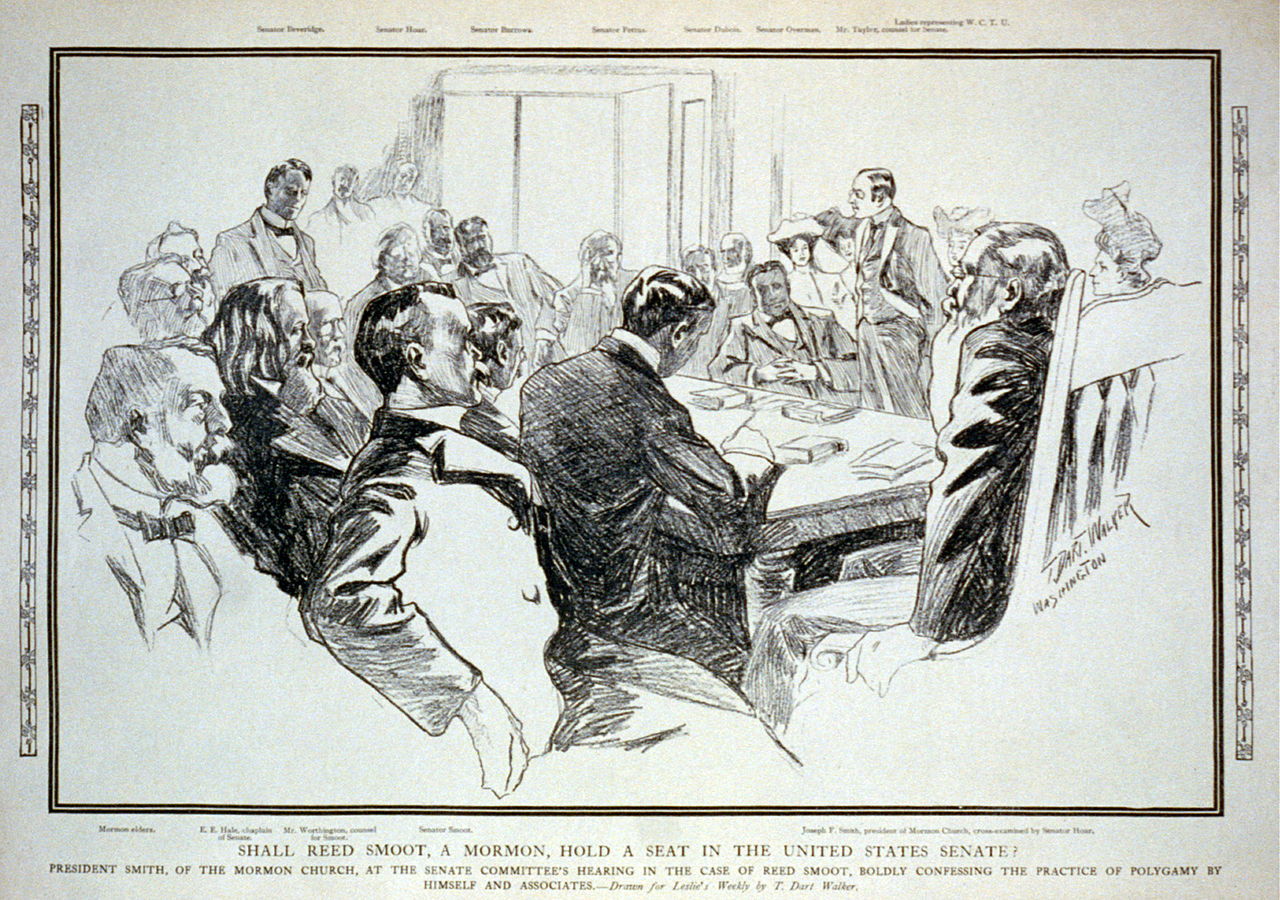 TEN. Two Apostles, John W. Taylor and Matthias F. Cowley, refused to follow the Second Manifesto and continued to encourage plural marriage. Both were released from the quorum and Taylor was eventually excommunicated.