3- Joseph Smith, the Prophet and Seer of the Lord, has done more, save Jesus only, for the salvation of men in this world, than any other man that ever lived in it. In the short space of twenty years, he has brought forth the Book of Mormon, which he translated by the gift and power of God, and has been the means of publishing it on two continents; has sent the fulness of the everlasting gospel, which it contained, to the four quarters of the earth; has brought forth the revelations and commandments which compose this book of Doctrine and Covenants, and many other wise documents and instructions for the benefit of the children of men; gathered many thousands of the Latter-day Saints, founded a great city, and left a fame and name that cannot be slain. He lived great, and he died great in the eyes of God and his people; and like most of the Lord’s anointed in ancient times, has sealed his mission and his works with his own blood; and so has his brother Hyrum. In life they were not divided, and in death they were not separated!

Praise to the Man

1. Praise to the man who communed with Jehovah!
Jesus anointed that Prophet and Seer.
Blessed to open the last dispensation,
Kings shall extol him, and nations revere.

[Chorus] Hail to the Prophet, ascended to heaven!
Traitors and tyrants now fight him in vain.
Mingling with Gods, he can plan for his brethren;
Death cannot conquer the hero again.

2. Praise to his mem’ry, he died as a martyr;
Honored and blest be his ever great name!
Long shall his blood, which was shed by assassins,
Plead unto heav’n while the earth lauds his fame.

3. Great is his glory and endless his priesthood.
Ever and ever the keys he will hold.
Faithful and true, he will enter his kingdom,
Crowned in the midst of the prophets of old.

4. Sacrifice brings forth the blessings of heaven;
Earth must atone for the blood of that man.
Wake up the world for the conflict of justice.
Millions shall know “Brother Joseph” again.

*For Younger Children* Read or tell the story “A Special Guest” (Dec 2010 Friend). Testify of the prophet Joseph Smith.

“We’ll be having a special guest tonight at family home evening,” Dad announced at breakfast.

Daniel looked up in surprise. “Who’s coming over?” he asked.

“Someone you know a lot about,” Mom said. “A person you’ll be excited to meet!”

All day Daniel wondered who was coming to family home evening. Christmas was only a few days away. Maybe the special guest had something to do with Christmas.

Finally, the family gathered in the evening. Dad said, “Tonight Joseph Smith is going to be our special guest. His birthday is on December 23. As a family we’re going to role-play the story of Joseph Smith’s First Vision.”

Everyone collected props and costumes for their assigned roles. Daniel rehearsed his part with Dad while the others practiced with Mom. Soon they were ready.

Little Matthew was excited to play the role of Joseph Smith. Daniel and Elizabeth played Joseph’s family. Mom and Dad pretended to be preachers from different churches.

“Join our church and be saved!”

“The Bible says this!”

“But that’s not what it means!”

“Now, how do you think Joseph Smith felt?” Dad asked. “Do you think he might have wondered why the preachers all said different things and who was right?”

Daniel, Matthew, and Elizabeth all agreed that Joseph must have wondered about that.

Then Dad lit a candle. Daniel felt as if he were right there with Joseph Smith as Dad read from James 1:5 by candlelight, “‘If any of you lack wisdom, let him ask of God.’” Then Dad started reading the story of the First Vision.

Matthew knelt down as if he were praying. Suddenly the light of a flashlight shone brightly on him, and Daniel reverently recited the lines Dad had helped him to memorize: “‘This is My Beloved Son. Hear Him!’” (Joseph Smith—History 1:17).

Dad explained how Heavenly Father and Jesus Christ appeared to Joseph Smith and told him that he should not join any of the churches then on the earth.

“The Lord chose Joseph Smith to be His prophet to restore the true Church of Jesus Christ to the earth,” Dad said.

“Joseph faithfully carried out that mission.”

He turned to Andy and said, “I know a prophet who lived a long time ago—Joseph Smith. Do you know who he is?”

Testify of the prophet Joseph Smith.

*For Teenagers or Adults* Read the story of Joseph Smith (Joseph Smith–History). You may also want to watch some of the following videos. Testify of Christ’s birth.

Testify of the prophet Joseph Smith.

2- Use decorators’ gel to add a face, buttons, and a carrot nose. (If the gel won’t stick, try smoothing the powder with a dab of water first.)

3- To add a top hat to a shorter snowman, stick a small piece of a pretzel or potato stick through a Haviland Thin Mint and into a Reese’s peanut butter cup miniature, then secure the hat in place on the snowman.

1- In a large bowl, using a wooden spoon, cream the butter until smooth. Stir in the melted chocolate and blend well.

2- Add the 2/3 cup of confectioner’s sugar, egg yolk, and vanilla extract and stir until combined. Stir in the flour and salt until smooth.

3- Add the walnuts and stir until combined. Cover and refrigerate the dough for at least 1 to 2 hours or until it is firm enough to roll into balls.

4- Heat the oven to 350. Form scant tablespoonfuls of the dough into 1-inch balls. Place the balls on two ungreased baking sheets, leaving about 1 inch between them. Bake for 10 to 12 minutes or until the tops of the cookies are set. Cool on the baking sheets for about 3 minutes. Repeat until all the dough has been used.

5- Meanwhile, stir together the 3/4 cup confectioner’s sugar and cocoa powder in a shallow bowl. Carefully dip the warm cookies into the dust (that is, throw them in the mud) to coat. 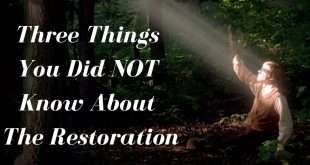 3 Things You May Not Have Known About the Restoration 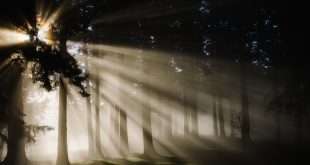 What is the Restoration of the Gospel of Jesus Christ? – FHE Lesson 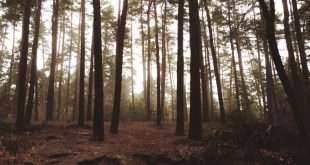