Home » Home & Family » FHE Lessons » Individual Worth » Religious Freedom
As members of the Church we have the fulness of the gospel, but we can still learn much from our brothers and sisters outside our faith: The service shown by Mother Teresa, the strength shown by Gandhi, and the examples of many other people and organizations around the world that give time and money to those in need. We are truly blessed to have the privilege to worship “how, where, or what [we] may” and we should allow others to do the same (see A of F 1:11). While we may not agree with all their beliefs, we can search for the good in every faith, respect it, and use it to strengthen ourselves. Check out this great family home evening lesson on Freedom of Religion! Scripture: A of F 1:11 Hymn: Do What Is Right Lesson: What Religious Freedom Requires Treat: Smores On a Stick or Dessert Quesadilla Activity: Interfaith service, event, or lesson. View entire lesson...

“11 We claim the privilege of worshiping Almighty God according to the dictates of our own conscience, and allow all men the same privilege, let them worship how, where, or what they may..”

1. Do what is right; the day-dawn is breaking,
Hailing a future of freedom and light.
Angels above us are silent notes taking
Of ev’ry action; then do what is right!

(Chorus)
Do what is right; let the consequence follow.
Battle for freedom in spirit and might;
And with stout hearts look ye forth till tomorrow.
God will protect you; then do what is right!

2. Do what is right; the shackles are falling.
Chains of the bondsmen no longer are bright;
Lightened by hope, soon they’ll cease to be galling.
Truth goeth onward; then do what is right!

3. Do what is right; be faithful and fearless.
Onward, press onward, the goal is in sight.
Eyes that are wet now, ere long will be tearless.
Blessings await you in doing what’s right!

Read and summarize “An Invitation To Passover”  by Joni M. Newman. Discuss the ways in which you interact those around you of different faiths and why it is impotant for everyone to have freedom of religion.

“We claim the privilege of worshiping Almighty God according to the dictates of our own conscience, and allow all men the same privilege, let them worship how, where, or what they may.”—A of F 1:11

“What exactly is a …” I struggled to remember the word.

“Seder. It’s an important part of Passover. A ceremonial dinner on the first day of Passover to remind us of the struggles that Moses and the children of Israel had while they tried to leave Egypt,” Sarah explained.

Sarah and I walked down the halls of our high school, our usual chatter of movies, classes, and rehearsal schedules interrupted by the invitation to a formal dinner at her house. I had invited friends to Church activities many times, but this sudden turn of events unsettled me. I was the one who usually extended invitations to religious activities! I wasn’t expecting Sarah to invite me to one of hers!

“My mom said that your whole family could come if they want to. The normal service lasts for hours, but we’ll do the abridged version for you. There’s even this game that Alli can play. We hide matzo, and she has to find it.” I could see my little sister shrieking with laughter as she tore around the house, looking for the cracker-like bread.

I had moved from Utah to Iowa when I was seven and was startled to find no members of the Church in my class at school. Where once I had found many Church friends at school, I now led a split sort of life with school friends on one hand and Church friends on the other. I had been able to balance the two separately for quite some time, but this invitation had upset that balance.

That night, I presented the idea to my mother, who was more than willing to accept Sarah’s invitation. My mother taught seminary, and with the school year drawing to a close, she was looking ahead to teaching the Old Testament, which contains the history of Passover.

Later that week, my family found ourselves settled around a table that was set as formally as one we might have had for a Christmas or birthday celebration. There were a few differences: a traditional plate that was ornately decorated with various scenes contained different foods to accompany each painting. Parsley and salt water, hard-boiled eggs, horseradish, and matzo each represented the pain, bitterness, and other experiences of the children of Israel. Throughout the meal, our families were able to discover various religious similarities and differences. I was really glad Sarah had invited me to this special occasion in her home.

Elder Bruce R. McConkie (1915–85) said, “Every truth found in every church in all the world we believe. But we also say this to all men—Come and take the added light and truth that God has restored in our day” (seeRussell M. Nelson, “Teach Us Tolerance and Love,” Ensign, May 1994, 70).

As members of the Church we have the fulness of the gospel, but we can still learn much from our brothers and sisters outside our faith: The service shown by Mother Teresa, the strength shown by Gandhi, and the examples of many other people and organizations around the world that give time and money to those in need. We are truly blessed to have the privilege to worship “how, where, or what [we] may” and we should allow others to do the same (see A of F 1:11). While we may not agree with all their beliefs, we can search for the good in every faith, respect it, and use it to strengthen ourselves.

“We can respect other religions, and we must do so. We must recognize the great good they accomplish. We must … be tolerant and friendly toward those not of our faith. …

“Let us be true disciples of the Christ, observing the Golden Rule, doing unto others as we would have them do unto us. … Love and respect will overcome every element of animosity. Our kindness may be the most persuasive argument for that which we believe.” —President Gordon B. Hinckley, “We Bear Witness of Him,” Ensign, May 1998, 4–5.

President Hinckley has asked us to be friendly and understanding to those who are not of our faith. Here are a few ways you can do that.

Discuss the ways in which you interact those around you of different faiths and why it is impotant for everyone to have freedom of religion.

*For Teenagers And Adults*

Read and summarize “What Religious Freedom Requires” . Discuss the ways in which you interact those around you of different faiths and why it is important for everyone to take part in the debates surrounding freedom of religion.

“Conflict and debate are vital to democracy. Yet if controversies about religion and politics are to reflect the highest wisdom of the First Amendment and advance the best interests of the disputants and the nation, then how we debate, and not only what we debate, is critical.” — The Williamsburg Charter

The Obligations of Religious Freedom

There is a paradox to religious freedom — a genuine gain arising from an apparent loss. The dilemma goes something like this: If you want your religious beliefs to be protected, you must protect religious beliefs that fundamentally differ from your own. This does not require an endorsement of those beliefs, but it does require a certain respect for them. Competing claims of truth and belief don’t easily coexist. However, “religious freedom for me but not for thee” cannot work, especially in a world as diverse as ours. Centuries of sectarian conflict have shown that such attitudes degrade the freedom of both. The way to ensure one’s own freedom is to ensure freedom for everyone.

Religious freedom is as much a duty as it is a right, as much an obligation to give as a privilege to receive. Such responsibilities and benefits are not only the inheritance of a time-honored constitution. They shape the way we live our lives from day to day. The fruits of religious freedom depend on the continual hard work of communities in nurturing civility, respect and reciprocity — the two-way street of civic virtue. Sustaining religious freedom is part of a just and free society.

This mutual obligation is founded on the inherent dignity of each person and the moral conscience that guides human agency. Keeping this obligation is the great test of a peaceful society. Having experienced persecution and intolerance in the past, members of The Church of Jesus Christ of Latter-day Saints can relate with religious minority groups who suffer in similar ways. A spirit of solidarity inspired Joseph Smith, founding prophet of the Church, to affirm: “It is a love of liberty which inspires my soul — civil and religious liberty to the whole of the human race.”

Civility and Its Consequences

Much of this reciprocal responsibility is simply a matter of how we, as citizens, treat each other. Our public interaction reveals who we are as a people and what kind of society we choose to build. This interaction continually defines our values. Constant care is required to cultivate the manners and freedoms of civilization.

The words we speak, and how we speak them, make all the difference. The need for civility does not require citizens to hide their beliefs or soften them into nice generalities. Meaningful discussion can be both humane and vigorous. Civility is a call to ensure that every voice is heard and respected, even if no agreement follows. Religious organizations and individuals are responsible to state their views reasonably and respectfully so they contribute to productive discussion. The intensity of pluralistic democracy needs to be tempered by mature discourse wherein differing sides express opinions without dismissing beliefs.

The discussion of competing ideas — the sign of a healthy democracy — teaches citizens to acknowledge and respect each other’s deepest differences. As fellow citizens we should always speak with compassion and show patience toward those who disagree with us. We foster tolerance and respect by giving it ourselves. No one should be denigrated for adhering to their moral conscience.

An Atmosphere of Goodwill

Elder Dallin H. Oaks of the Quorum of the Twelve Apostles has urged: “As believers we should frame our arguments and positions in ways that contribute to the reasoned discussion and accommodation that are essential to democratic government in a pluralistic society. By this means we will contribute to the civility that is essential to preserve our civilization.”

Striving to communicate and promote their values in ways that resonate with people in their communities, Latter-day Saints add to the multitude of voices concerned with the well-being of society. President of the Church Thomas S. Monson has captured this aspiration: “As a church we reach out not only to our own people but also to those people of good will throughout the world in that spirit of brotherhood which comes from the Lord Jesus Christ.”

As long as human beings continue to organize into societies, act on individual conscience and make claims about ultimate truth, there will be deep, sometimes intractable, differences. The paradox of religious freedom will continue to require that we fulfill the mutual obligation of civility. Upholding this freedom is a two-way street.

Discuss the ways in which you interact those around you of different faiths and why it is important for everyone to take part in the debates surrounding freedom of religion.

Smores On a Stick or Dessert Quesadilla

Smores On a Stick 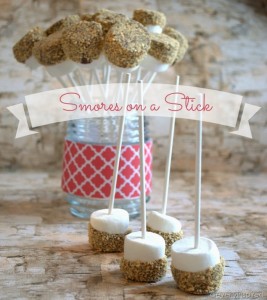 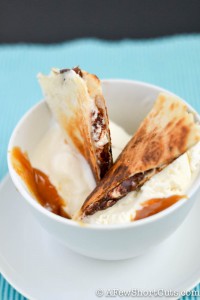 (From A Few Shortcuts ) 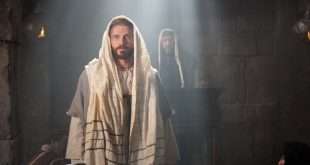 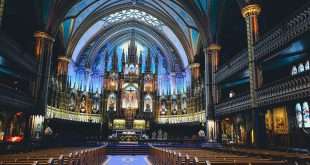