The History of the Christmas Nativity Set

You’ll find them in homes, shopping malls, and empty fields. Some fill entire church chapels while others are small enough to fit in a thimble. No matter their size, shape, or make, they stand as one of the most beloved symbols of the holiday season.

The nativity scene, or creche as it is often called, is an enduring reminder of true meaning and spirit of Christmas. However, its story had humble beginnings.

The first nativity scene was created by St. Francis of Assisi in 1223. Fearing the materialism that was beginning to overtake the celebrations, including extravagant gift-giving, he sought to find a way to center the focus back on worshipping Christ. He staged a live nativity scene in a cave in Italy and within the next century, every church in Italy held a nativity scene at Christmas.

Eventually, the living scenes were replaced with static ones. Nativities became smaller and were made of multiple materials, such as terracotta, wood, wax, and paper. As the tradition spread, multiple countries began adding their own influences. For example, the szopka of Poland uses historical buildings as the backdrop for the nativity and are bright and colorful. One interesting reason nativities grew to prominence was the arrival of the Black Plague in Europe. Many church leaders wished to help their parishioners face the tragedy of their lives; focusing on the humble and poor circumstances of Christ’s birth helped the Savior feel more relatable to the people and the nativity scene became a popular image to depict through all the year, not just at Christmas. 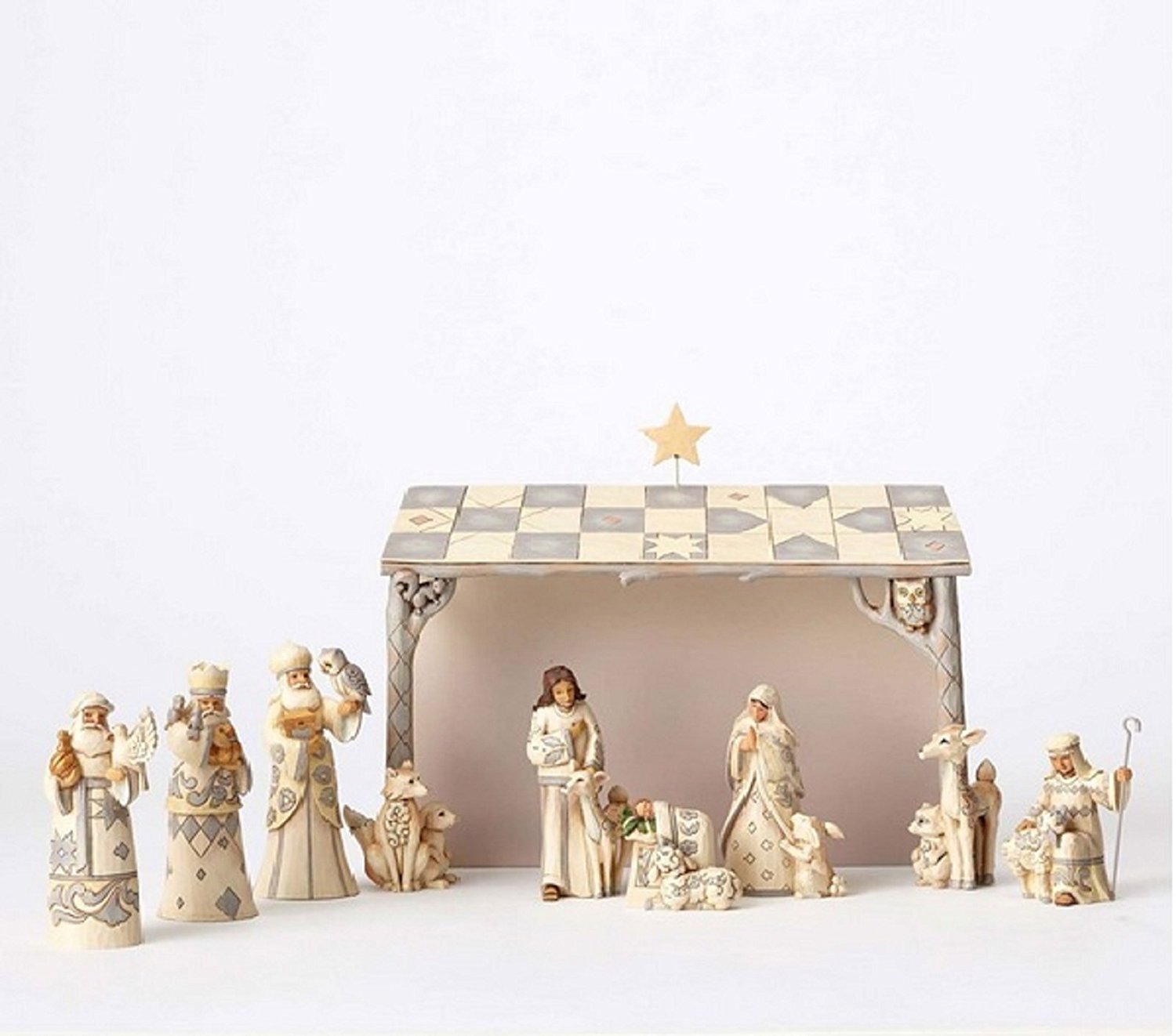 Today, nativities are as unique as the people who display them. Generally, the nativity features the same cast of characters as in medieval times; Mary, Joseph and the baby Jesus take prominent roles, while shepherds, animals, wise men, and angels are often included. There are nativities for children and ornaments featuring the nativity as well.

Many members of the Church of Jesus Christ of Latter-day Saints enjoy the spirit nativity sets bring. In Kirtland, Ohio, a place with great historical significance for the Church, an annual creche exhibit is held. Other similar events take place at LDS church around the world. In 2014, many members of the LDS faith participated in setting a record for the largest live nativity scene ever put together. The effort was turned into a music video featuring the Piano Guys, David Archuleta, Peter Hollens, Alex Boye, and more. You can watch the video here.

The nativity story, and the beautiful sets that bring it to life are a wonderful way to center our hearts on the reason for the season.

Watch the Hollands Revisit Their Roots for Family Discovery Day

Elder Jeffrey R. Holland and Patricia Holland were the keynotes for Family Discovery Day. As …