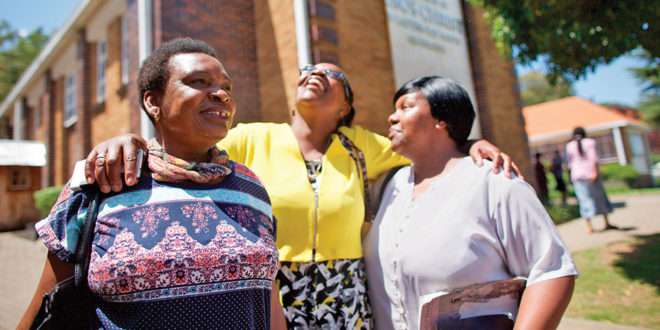 Elder James E. Talmadge once said, “The world’s greatest champion of woman and womanhood is Jesus the Christ.” This is most certainly true! However, not all women have felt empowered by church culture. How can we bring our doctrine and culture into harmony with one another when it comes to honoring and empowering women? Here are three ideas that are easy to implement.

First, try not to give any mind to the order of speakers. Traditionally, we’ve gotten into the habit of placing the most important speaker last. Who isn’t familiar with a youth speaker going first, generally followed by a woman and then by a man? If a woman requests to speak first when asked or is giving a shorter sermon by way of time or introduction, this makes total sense. But if the order doesn’t matter, don’t automatically put the man last. The easiest thing to do? Simply ask both speakers if they have a preference.

Second, consider calling female auxiliary presidents of the Relief Society, Young Women, and Primary organizations “President” instead of “Sister.” It is her official role and mirrors the respectful titles given to the male leaders of the Church. This can be done on both a stake and ward level.

Finally, use the phrase “Heavenly Parents” when speaking of deity. For example, instead of saying “Our Heavenly Father and Jesus Christ have a plan for us” we can say “Our Heavenly Parents and Jesus Christ have a plan for us.” This is a respectful reminder of the existence of our Heavenly Mother and is an appropriate way to include Her in our gospel conversations. Doing so reminds women that they have a supreme example of womanhood to remember in their hearts, a Mother who understands their specific struggles and experiences as women.

The Church should be the place where women are most empowered. Every woman and what she needs to feel empowered is different and experiences vary by ward all over the world. Hopefully, these three simple ideas can continue our efforts to support the sisters of the Church in their journeys as disciples of Jesus Christ.