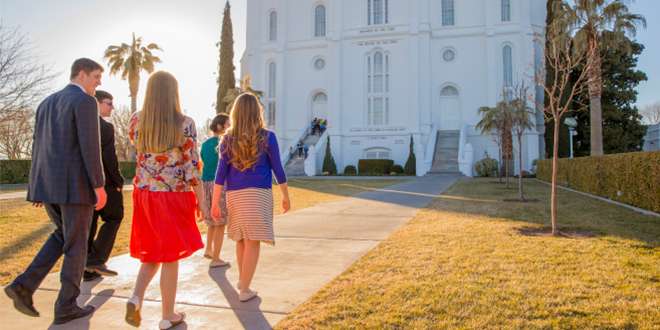 I have only a faint recollection of the first time I went to the temple. I really had no idea why I was going and what it was going to do for me. I guess I should have paid better attention in temple prep class…but honestly, I can’t remember that class either. All I know is that a bunch of old guys told me I needed to go before I left on my mission…so I went.

But when I went…I didn’t understand anything. I’m glad to know I wasn’t the only one. President David O. McKay shared his experience on the first time he went to the temple:

“Do you remember when you first went through the House of the Lord? I do. And I went out disappointed. Just a young man, out of college, anticipating great things when I went to the temple. I was disappointed and grieved, and I have met hundreds of young men and women since who had that experience. I have now found out why…”

President McKay goes on to explain that too many people are just going through the motions and focusing on the “mechanics” of the temple experience instead of searching for the deeper meanings behind the covenants and ordinances.

[I stumbled upon that David O. McKay experience while reading a great little book called “Understanding Your Endowment” by Cory Jensen where the rest of that quote can be read]

The temple endowment is still an enigma to lots of “endowed members.” I think it’s because we’re sometimes satisfied with slumbering our way through the “what” of a session instead of digging into the “why” of a session. President Uchtdorf said simply that “the what informs…but the why transforms.”

When it comes to the temple…the “what” just doesn’t cut it. It will never do justice to the “why.” When we know “why”…that is when we become transformed by the temple experience.

So how do we understand the “why” of the temple?

1. Put The Temple In Perspective

Joseph Smith was asked what the purpose was for God restoring His church and gathering His people at various times on the earth. Joseph’s answer went like this: “The main object was to build unto the Lord a house whereby He could reveal unto His people the ordinances of His house and the glories of His kingdom…It is for the same purpose that God gathers together His people in the last days, to build unto the Lord a house to prepare them for the ordinances and endowments, washings and anointings, etc.” (HC 5:423-424)

So the ultimate purpose of the restoration was to build a temple. That seems like it’s worth exploring further…