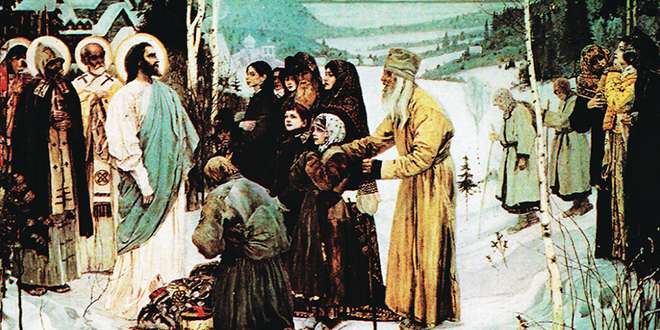 Did Jesus Visit Russia After His Resurrection?

But I couldn’t take my eyes off of the cover of the phonograph record he had given me as a token of his respect to me for my lecture on free agency and enterprise. The Berlin Wall had fallen, Gorbachev had instituted a radical restructuring (perestroika) and openness (glasnost). As part of this awakening in the USSR I had been invited by the recently retired Deputy Minister of Higher Education to speak some of the leading new businessmen and women in Moscow, Russia.

To hold that phonograph record and see the painting on the front left me speechless.

“Who painted this,” I asked him.

“A great painter for our church about 1900; Mikhail Nestorov who painted so much canvases of faith,” he smiled so broadly as our translator proclaimed the history. “His Holy Rus is a favorite of all of us and it hangs today in the Russian Gallery in Leningrad.”

“What does it depict?”

“Our Savior visiting ancient Russia or Rus.” The translator didn’t wait for the priest to provide the history. “We all know this story.”

Read the rest of this story at Meridian Magazine. 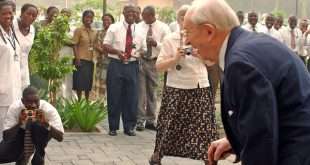 Some of My Favorite Photos of Gordon B. Hinckley