Will You Join the Cultural Evolution Inside of Mormonism?

“I see a time when home teaching is just referred to as ‘ministering’ and more lessons revolve around love and not quotas.”

On Sunday, March 26, 2017, my friend Greg Trimble wrote these words in a blog and about 1 million people interacted with his message.

This was one year before the stunning announcement made in the most recent general conference regarding ministering. This quote, among many others, reflected what we’re seeing as a cultural evolution inside of Mormonism.

Based on the response from his blog article and book, it appears Greg was just one of the many millions inside of the Church who were being prepared to live a higher law.

“It’s like everyone was on the same page when the announcement was made in General Conference. It felt as if a Spirit of ministering is sweeping the church and a great burden was lifted from our minds,” said Greg.

For Greg and for many members, the dissolution of the home and visiting teaching programs feel like just the beginning of many paradigm shifts that will be happening inside the Church.

When Elder Kevin Miskin visited Greg’s stake for a special fireside to help with the changes to the Elders Quorums, he related that these changes were not done on a whim by President Nelson. He emphasized that these changes have been the by-product of the cumulative revelations through President Monson and the brethren over many years now. When President Nelson was sustained, the Lord gave the order through the Spirit that the time had come to move forward with those changes immediately.

(Greg writes about why “Change Comes Slowly” in the church as part of his book on this cultural evolution that is now taking place.)

Interestingly, Elder Miskin noted that there are many more changes to come, according to Greg.

And isn’t that what is to be expected in a living church? You don’t see the doctrine changing. But the “cultural evolution” is most definitely underway. The structure, the means, the methods, the delivery, and the spirit in which the doctrine of Christ is delivered.

But none of this is going to be easy. For many, it is welcome news. For others, change is met with an initial gag reflex. For instance, as Greg points out in his book, there are “Three Types of Mormons” in the church: The Stalwart But Stubborn Mormon, The Curious But Furious Mormon, and The Stalwart But Curious Mormon.

Out of curiosity… which one are you?

The topics Greg tackles in his book are fascinating. He shares how his activity in the church was a direct result of true ministering. He talks about unjust judgment, people who like to “customize Christ,” and how to treat the doubters. He talks about why we should embrace intellectuals and scholars, why we shouldn’t make rash decisions with our faith, and how the Book of Mormon is a logical choice for true Christians. He writes a massive chapter on polygamy that is helping many people with the topic. He looks at tithing, the sabbath day, and the place for gays inside of the church. He finally ends with why he loves the church so much.

As prophesied, the hastening of God’s work on the Earth continues to roll forward in unprecedented ways. The greatest miracle is that God changes us to be a part of his work and glory. The only question is, will we choose to remain a part of it?

Will you not only witness but join this magnificent cultural evolution?

The culture of the Church is deeply ingrained in our society. Now, this doesn’t mean all of our culture is bad. In fact, the opposite is true.

Funeral potatoes are glorious and should remain a part of our lives for eternity. Missionaries should always be welcomed home with an entire entourage carrying banners at the airport. Symbols such as the CTR ring should stay on our fingers as powerful reminders of our agency.

However, when our culture takes away from becoming like Jesus Christ, it needs to change. At the heart of this change is the heart itself.

“The ‘culture’ in Israel when Christ showed up was one of the most judgmental and hypocritical cultures the world had ever seen,” Trimble said. “It was a very isolated and unaccepting culture.”

“But Christ showed up and cast a net over all types of people. The Greeks, the Romans, the Samaritans, and every other nation across the globe. His net covered even the worst of repentant sinners…He brought an evolution of love, empathy, and compassion.”

We’ve seen powerful changes in our culture to bring about a similar evolution. Just consider the recent uprooting of home and visiting teaching. This institution in Church culture was completely dismantled in the span of a fifteen-minute announcement. Ministering, the “newer, holier approach,” raises the bar. Gone are statistics and prepared lessons. We are required to truly love and to truly serve. The act of ministering requires us to purify our hearts. 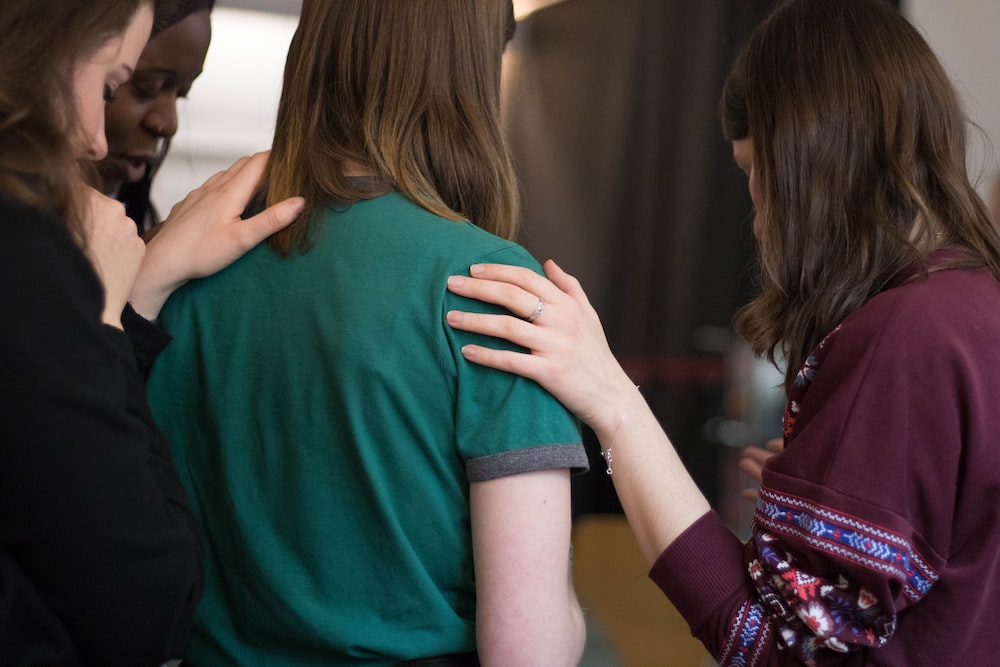 When speaking of this new evolution in how we take on Christ’s commandment to love, Elder Jeffrey R. Holland said, “We have a heaven-sent opportunity to demonstrate pure religion undefiled before God.”

It may seem overwhelming at first. We need not fear. This change comes because we are ready to join in this cultural evolution. God is preparing and has prepared our hearts for such opportunities.

Do you want to take the final leap and invest everything you have into this mighty change sweeping through the Church? Take a moment and imagine yourself in the following scenario, a scenario Trimble hopes will take place as this cultural evolution takes hold in our very souls.

Have you ever saw someone wearing something at church and judged them?

Have you seen a missionary in your congregation come home early and think about what they must have done wrong?

Have you avoided those with emotional or mental challenges because it was too much work?

Have you written contentious comments on social media aimed at those who attack you?

Join the evolution. Join Christ. The time is now.

If You’ve Ever Been Troubled By Polygamy, Read This!

How to Be a Dad Who Is Emotionally Intelligent

Book Review: Dads Who Stay and Fight by Greg Trimble

Gospel Q&A: Why Are There Restrictions Against Facial Hair for Ordinance Workers, But Not for Patrons?