Standing as a light to the world is a core principle of the gospel of Jesus Christ. President Dieter F. Uchtdorf affirmed this when he said:

“As we emulate His perfect example, our hands can become His hands; our eyes, His eyes; our heart, His heart.”

Earlier this year, we gave you our list of 10 amazing LDS women doing great things. We now want to share with you 10 great examples of LDS men acting as God’s light and sharing goodness!

Timothy Ballard is the founder of Operation Underground Railroad (O.U.R.), an organization dedicated to saving children around the world from human trafficking. A former member of the CIA, Ballard’s story was the focus of the film “The Abolitionists.”

In their 2016 mid-year report, O.U.R. states they have successfully completed an unprecedented 26 rescue operations in the first six months of the year, with 62 perpetrators arrested and 156 children rescued.

There are currently more than 2 million children estimated to be involved in sex trafficking around the world. There is more to be done and you can support the cause by visiting OURRescue.org.

Ballard is also the author of two LDS-themed books which connect the Founding Fathers to LDS principles and the Restoration of the Gospel. 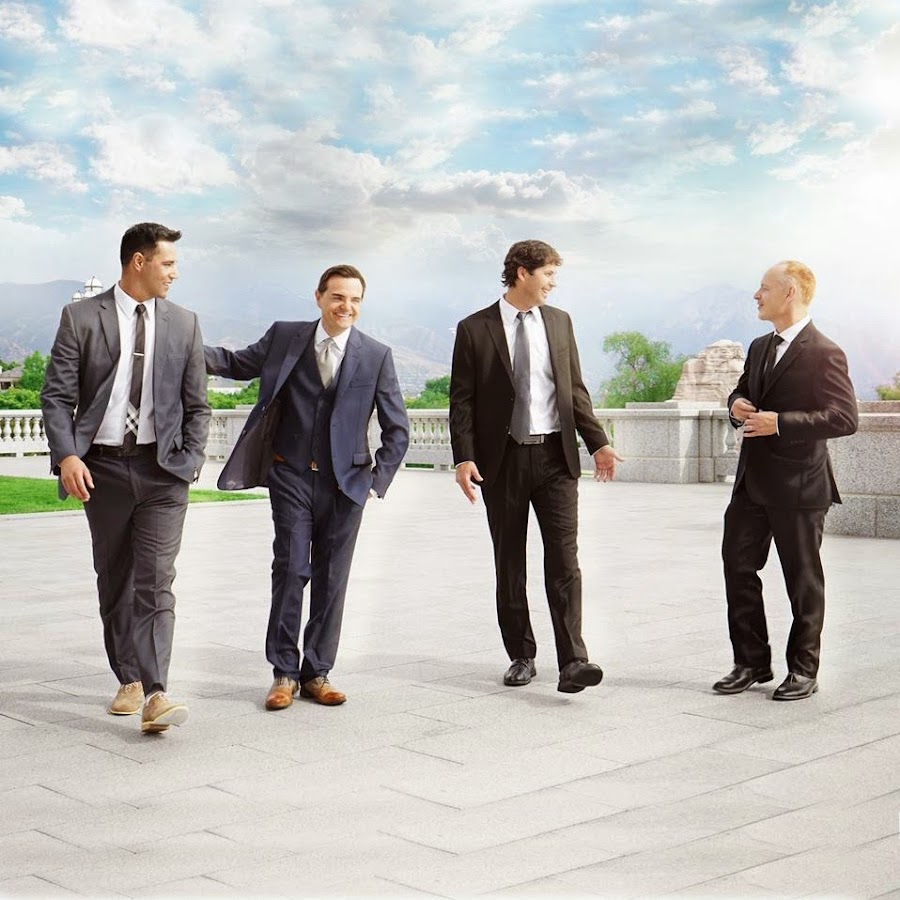 Steven Sharp Nelson, Jon Schmidt, Paul Anderson, and Al van der Beek make up the immensely popular musical group The Piano Guys. With over 1 billion YouTube views and 5 million followers, they have acquired fame and acclaim on an international scale. Still, the group remains humble and isn’t shy about sharing their beliefs. A large button on their homepage takes viewers to a simple testimony of Jesus Christ and they’ve been involved in numerous Church campaigns, including a fun live question and answer session with LDS youth.

A convert to the Church, Alex Boyé is a singer known for his Africanized covers of popular songs and his appearances on America’s Got Talent. Boye’s songs aren’t just infectiously fun; he works tirelessly to support multiple causes through his music. This includes a help for the homeless, support for refugees, camps for special needs children, those suffering from the Brussels terrorists attacks, and more. You can watch his latest music video supporting peace and unity below.

BYU basketball star Jimmer Fredette is known for more than just his skills on the court. He and the Fredette Family Foundation are dedicated to strengthening families and eliminating bullying from schools and communities. When not playing basketball, Jimmer actively posts on his social media accounts about the foundation and how people can be involved.

Had such a great time at the All together shootout tonight! Thank you to Orem high school and the city of Orem for such a great event. Together we raised just under $25,000 for the All Together playground for children with disabilities.

My foundation @jimmerosity and I want you to post a video using the #sharejimmerosity on how you are being kind in your community. Let’s all continue to help others and exclude no one! #stopbullying

If you’ve been paying attention to the renaissance in Mormon film lately, you’ve likely noticed actor Mason Davis, even if you don’t know him by name. He’s had both starring and supporting roles in Saturday’s Warrior, 16 Stones, The Cokeville Miracle, The Last Descent, and more. However, the road to success hasn’t be an easy one.

Davis once faced a serious drug addiction and homelessness. After returning to full activity in the Church, he’s become an inspiration to LDS youth. You can read more about his story here.

Jeff Benedict is a New York Times bestselling author, sports writer, teacher, and producer. His fifteen books cover a wide variety of topics, including the recent autobiography of Hall of Fame quarterback Steve Young. His influence as an educator is particularly impressive. Earlier this year, Benedict began hosting monthly dinners for his LGBT LDS students at Southern Virginia University, a private liberal arts college that embraces and honors the values of the LDS Church, to make sure they feel loved and welcomed.

James Curran, better known as James the Mormon, is an LDS musician seeking to break down Mormon stereotypes and reach out to those who may not feel they fit into the traditional LDS mold. He has worked with big names in the LDS industry, created multiple videos about the LDS faith, and has been involved in numerous service projects.

Jason Smyth is known as “the fastest Paralympian on the planet” after his 10.22 second 100 meter sprint in the 2012 London Paralympics. He recently won his third gold medal in the 2016 Paralympic Games in Rio de Janerio. Smyth also has Stargardst disease and is legally blind.

He’s been featured on Mormon.org and also travels as a motivational speaker.

Tito Momen was born as Muhammad Momen; he obeyed the strict teachings of Islam from birth. When introduced to the Church, however, he converted and was imprisoned for 15 years as a result. After finally being freed, Momen has opened up about his story in the powerful book, “My Name Used to Be Muhammad: The True Story of a Muslim Who Became a Christian.”

Alex Balinski is the creative force behind multiple YouTube channels designed to share the gospel and share goodness. His largest collection is on Prepare to Serve, an epic resource for soon-to-be LDS missionaries. Each mission around the world features video interviews from returned missionaries, as well as resources, ideal products, and more.

His most recent project, Lifey Health, is designed to collection stories about health conditions so those afflicted can find support and strength.

As part of the 2021 BYU Women’s Conference, multiple inspiring live sessions will be broadcast …