4 Things That Happened on Leap Year in LDS History

Once every four years, a Leap Day or Leap Year occurs. For the Earth to make once complete rotation around the sun, it takes approximately 365 days and 6 hours. In order to keep the calendar year and the seasons in conjunction, an extra day is added to make up the time. Here four events from LDS history that occurred during a Leap Year 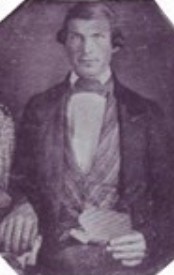 February 29, 1784: Alpheus Cutler, later a prominent member of the early Church, was born in Plainfield, New Hampshire. He served as the captain of Joseph Smith’s bodyguard and was also a stonemason by trade. Alpehus joined the Church after David W. Patten shared the gospel with them and healed one of his daughters through a priesthood blessing. After years of faithful service, Cutler eventually founded his own sect of the Church after Joseph Smith died and was excommunicated. 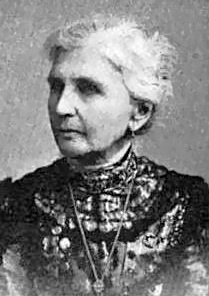 February 29, 1828: Emmeline Blanche Woodward (Wells), later a publisher of the Woman’s Exponent, a woman’s advocate, and the fifth general president of the Relief Society, was born in Petersham, Massachusetts. She joined the Church in 1842 when she was only 14. After two marriages, including a plural marriage to Newel K. Whitney, she would eventually approach Daniel H. Wells about becoming his seventh wife. She was heavily involved in women’s suffrage and was called as the General Relief Society President at the age of 82. She would serve for 11 years. She was released due to poor health and died three weeks later.

February 29, 1860: The Deseret News publishes a guide for the Deseret Alphabet, an experimental phonetic alphabet developed under the direction of President Brigham Young. The effort, headed by Church member George D. Watt, was intended to help foreign converts immigrating to Utah learn English. Due to high printing costs to create materials featuring the alphabet, it was never widely adopted. However, with the arrival of computers, small groups have taken up learning the alphabet. A group of students at UC Berkeley learned the alphabet in two months.

February 29, 2000: The one hundred millionth copy of the Book of Mormon published by the Church since 1830 was released (making the scripture the third most published book in the world).

Next ‘The Bread Man’ Has Fed Over 37,500 Loaves to LDS Missionaries, Members