The fire began in the pitch black of a cold December morning but it raged for nearly 38 hours. By the time it was done, a symbol had become a shell and the city of Provo, Utah, mourned. It’s been 10 years since a four-alarm fire destroyed the Provo Tabernacle. Looking back, we gain inspiration from the transformation of this beloved, but seemingly irreparably damaged building into a holy temple.

The Provo Tabernacle was actually the second tabernacle built by The Church of Jesus Christ of Latter-day Saints in the city. Construction began in 1883 and was designed to fit 3,000 people, which was much more than the 1,100 in the old tabernacle. It was in use by 1886 and eventually dedicated in 1898. From the time the doors first opened to when it was gutted by fire, the Provo Tabernacle was a focal point of community events. This included concerts, community performances, and both stake and general conferences for the Church.

An interesting fact? The iconic center tower, seen in the top photograph and rebuilt into the Provo City Center Temple, was actually removed in 1917 because it caused the roof to sag. The photo below shows the Provo Tabernacle in the summer of 2009. 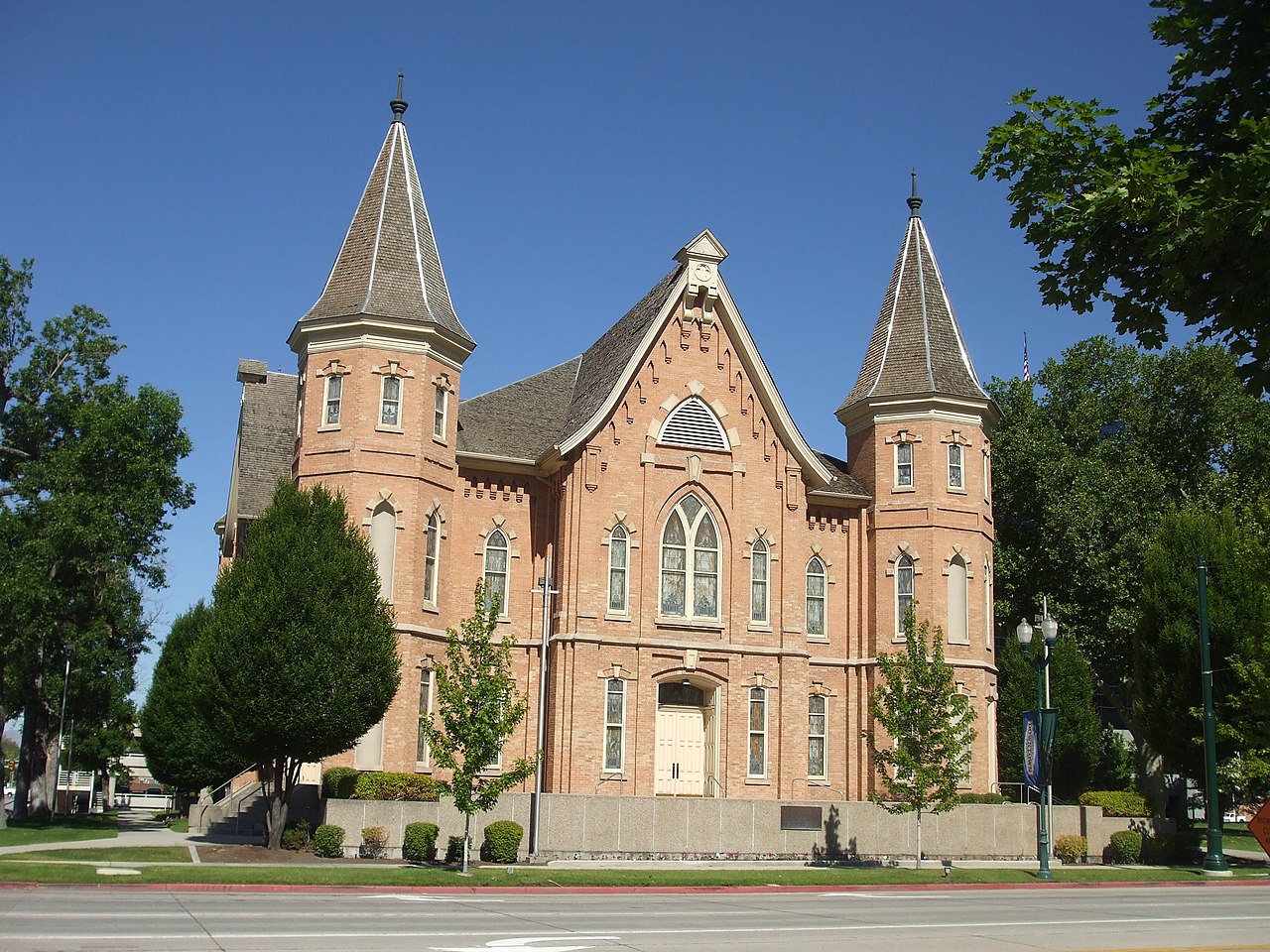 As Christmas approached in 2010, the Provo Tabernacle would once again host holiday performances for the community. On December 16, it was filled with all the musical trappings for a performance of Lex de Azevedo’s “Gloria,” including a $100,000 piano that had been rented for the occasion. A lighting technician in the attic placed a 300-watt ceiling light on a wooden speaker box as he set up stage lights as the singers and musicians rehearsed. According to reports, the fire began while the performers were still inside, around 9:30 p.m. Firefighters wouldn’t reach the scene until the first call came in at almost 3 a.m.

Though there was much heartache over the loss of such a historic landmark, it was a miracle that no one was injured in the intense blaze. Then, a special piece of art was found and dubbed “a Christmas miracle.” Already, hope was emerging.

In October 2011, President Thomas S. Monson announced the Provo Tabernacle would be rebuilt as the second temple in the city. This would begin a truly magnificent transformation process as the shell of the tabernacle was placed on stilts and the temple built around and through the empty structure.

Today, on the tenth anniversary of the fire, Provo Mayor Michelle Kaufusi wrote on her website how the building of the temple didn’t just bless Latter-day Saints. “Thankfully, the tremendous loss of this beloved community gathering space ultimately became a community win as it continues to be a beautiful reminder of Provo’s history and a key contributor to our downtown economic vitality.”

Sister Linda S. Reeves appropriately encapsulated the lessons we learn from the fire at the Provo Tabernacle and its subsequent transformation into a temple:

Almost three years ago a devastating fire gutted the interior of the beloved, historic tabernacle in Provo, Utah. Its loss was deemed a great tragedy by both the community and Church members. Many wondered, “Why did the Lord let this happen? Surely He could have prevented the fire or stopped its destruction.”

Ten months later, during the October 2011 general conference, there was an audible gasp when President Thomas S. Monson announced that the nearly destroyed tabernacle was to become a holy temple—a house of the Lord! Suddenly we could see what the Lord had always known! He didn’t cause the fire, but He allowed the fire to strip away the interior. He saw the tabernacle as a magnificent temple—a permanent home for making sacred, eternal covenants.

My dear sisters, the Lord allows us to be tried and tested, sometimes to our maximum capacity. We have seen the lives of loved ones—and maybe our own—figuratively burned to the ground and have wondered why a loving and caring Heavenly Father would allow such things to happen. But He does not leave us in the ashes; He stands with open arms, eagerly inviting us to come to Him. He is building our lives into magnificent temples where His Spirit can dwell eternally.

Watch a special KSL News documentary on the transformation here.

Here’s Your First Look Inside the Yigo Guam Temple

Here’s Your First Look Inside the Renovated Washington D.C. Temple