Eagle-eyed Scouts and Scouters have noticed something new in the Boy Scout rank requirements that take effect next year: “tell how you have done your duty to God.”

To be clear, “duty to God” has been a part of the Boy Scouts of America from the start. The first BSA Handbook for Boys, published in 1911, says “no boy can grow into the best kind of citizenship without recognizing his obligation to God.”

What’s new is that beginning Jan. 1, 2016, every rank from Tenderfoot to Eagle Scout (plus Eagle Scout palms) will include a “duty to God” requirement.

It’s important to know what that means — and what it doesn’t.

The new requirements do ask Scouts to reflect on their own belief. They don’t ask the Scout leader to have a two-way conversation about religion, to proselytize or to evaluate whether the Scout’s duty to God meets the Scout leader’s personal standard.

Look at the verb in the requirement: “Tell how you have done your duty to God.” Not demonstrate, show or prove.

The requirement is complete once the Scout has told how he has done his duty to God. With young Scouts, this could be a very brief statement. As Scouts get older and their beliefs mature, this “telling” will evolve.

The troop leader is there to listen, not to evaluate a Scout’s expression against any standard. In many troops, the Scout leader and one or more of his Scouts will have different religious beliefs, and that’s perfectly fine. In fact, it’s healthy.

Keep reading the FAQs about this new requirement at Bryan on Scouting, a blog for BSA’s Adult Leaders. 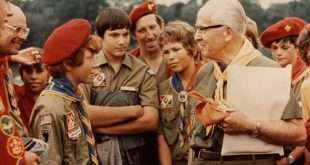 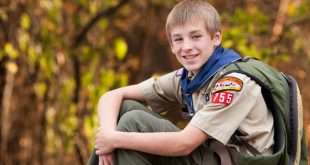 Does Scouting Keep Boys on Missions?