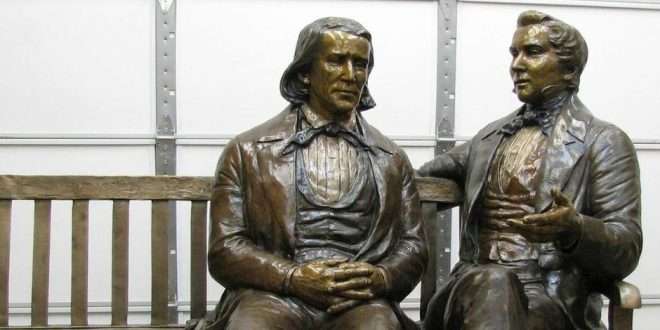 Footage of an 800-pound bronze statue of LDS prophets Joseph Smith and Brigham Young being stolen made the rounds on social media Tuesday. The Salt Lake Police are happy to announce the thieves have been caught and the statue has been safely returned. The motive of the thieves or how exactly they got the statue onto the flatbed of their truck is still unclear.

The statue, estimated to cost $125,000, was commisioned by Young Fine Arts Studio and created by artists Lena Toritch and Roger Young. The owners have plans to send the statue to Nauvoo, Illinois where it can be put on display at the Church Historical Sites there.