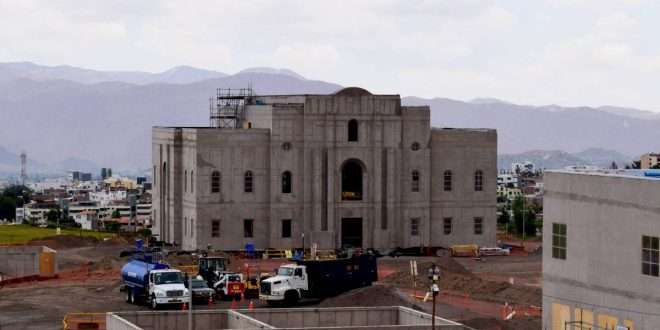 Progress in the Democratic Republic of the Congo

Crews working on the Kinshasa Democratic Republic of the Congo Temple are helping the temple progress toward its final beauty. Exterior walls are being plastered and a moisture barrier is being attached to the eaves along the roofline. The grounds are being developed with concrete planter boxes and curbing. A winding path of the driveway has been compacted. No official completion date has been announced, but the building is estimated to be complete in early 2019.

The grounds of the Barranquilla Colombia Temple are taking shape, with recent additions of lamp posts, decorative fencing around the perimeter, and patches of sod and various vegetation.

OKC Temple Down to the Studs

All exterior marble slabs have been removed from the Oklahoma City Oklahoma Temple. The temple will receive a complete interior and exterior renovation during 2018. The renovations are expected to be completed in early to mid-2019.

The Memphis Tennessee Temple will have a new steeple by the end of 2018. The redesigned tower will be slightly taller and larger than the former, allowing for the inclusion of art class window. The temple is currently closed for other renovations and is estimated to be completed in early 2019. 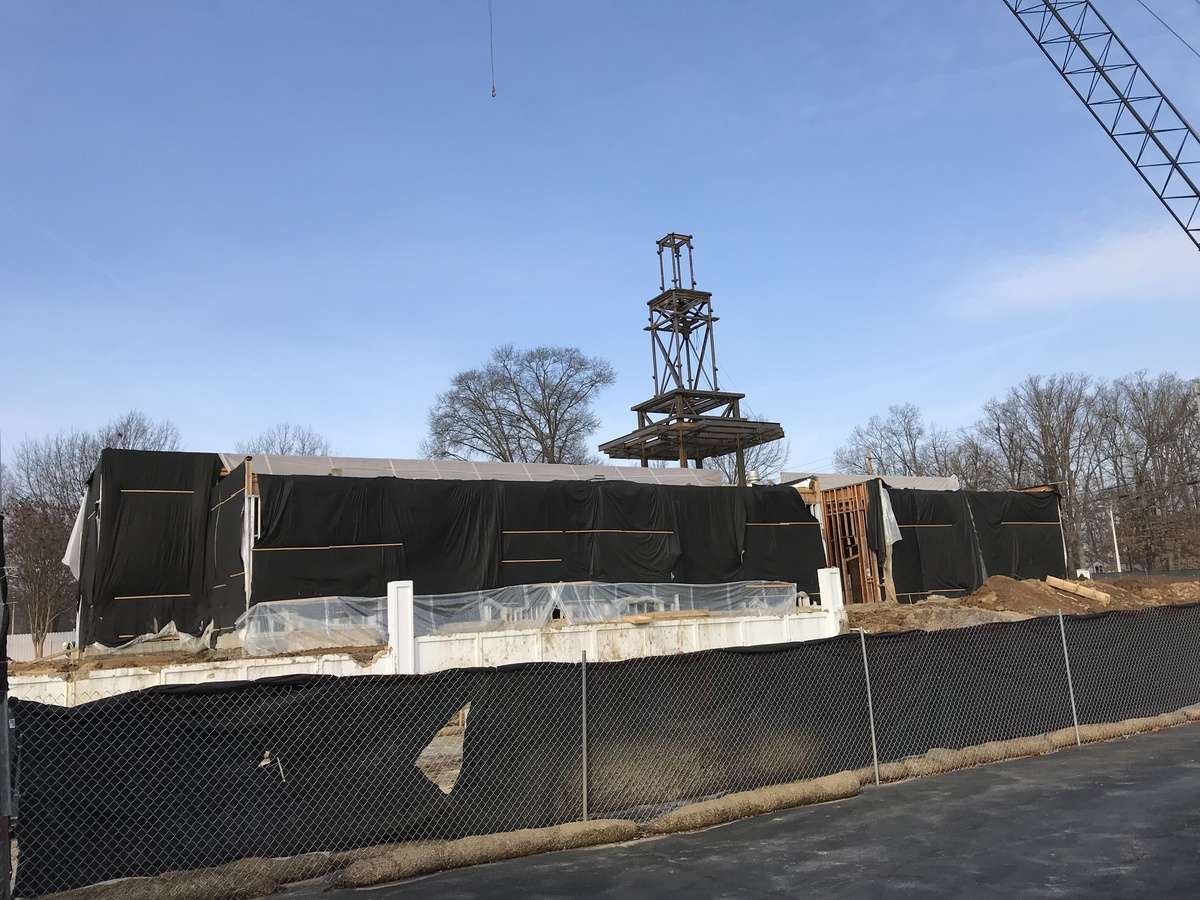 The Arequipa Peru Temple has temporary windows in place to enclose the structure as interior work begins. The steel framework for the steeple is being assembled off-site and will be delivered for installation at a later date.

The first section of walls for the steeple base of the Lisbon Portugal Temple has been poured, and rebar is set in place. The steeple will include a window filled middle section and will be topped by a gold-leafed spire and angel Moroni statue.