Latter-day Saint temples continue to be built around the world as the gospel of Jesus Christ rolls forth. Here’s a quick look at temple news and updates from this last week.

Rendering and Location Released For The Querétaro Mexico Temple

The official rendering for the Querétaro Mexico Temple has been released. It was also announced that the temple will be built at Prolongación Tecnológico Norte 150 in the Colonia San Pablo neighborhood of Querétaro. Currently, there are 13 dedicated temples in Mexico and one under construction in Puebla.

The Desert Peak Utah Temple continues to take shape as framing of the first level of the temple is completed and work the second level begins.

Work continues on the exterior of the Abidjan Ivory Coast Temple this week as the steeple was painted and moldings were installed around the window openings.

The Montevideo Uruguay Temple is reopening in Phase 2-B. 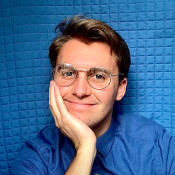 Can Modest Be Sexy? This Boutique Wants to Prove It Can.

For a limited time, LDSDaily.com readers can get a free Blouse Tee with any $50 …